Representatives from Los Angeles’ thriving industry of social media influencers pointed their pitchforks at a representative of the Federal Trade Commission during a crackling invite-only panel produced by SAG-AFTRA and online video trade outlet Tubefilter in the Miracle Mile section of Los Angeles last week. 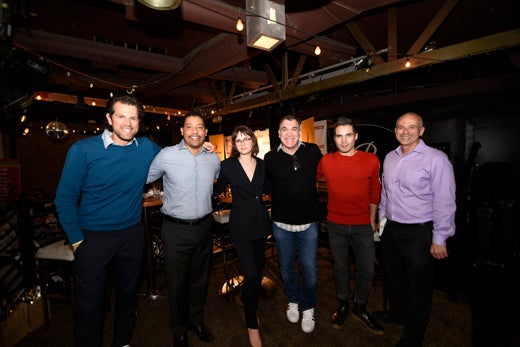 A cross-section of influencers, their reps, and brand middlemen called out the FTC’s compulsory disclosures for their lucrative “sponsored post” line of business as unfair and discriminatory because television shows, music videos, NBA stars and Kardashians get a pass for publishing the same content.

The panel evolved beyond the usual humdrum Hollywood panel babble-fests where wannabees foist cards on panelists. Instead, this became a live town hall. 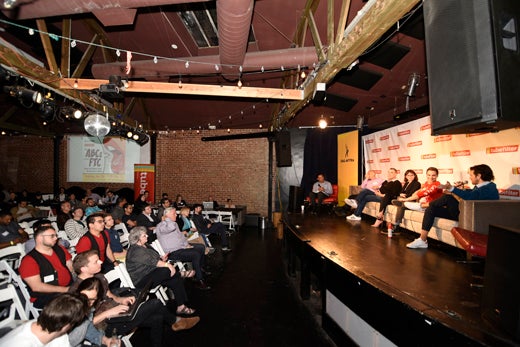 Coinciding with the State of the Union, the crowd was lighter than other Tubefilter meetups, but significantly more engaged. (Debra Morrison)

What exactly were they “un-liking”?

“We’re all familiar that product placement is not disclosed in a music video or in the middle of ‘American Idol,'” said Ruben Ochoa, who works with both social media influencers and brands.

“However product placement in a [social media star’s] video must be disclosed [concurrently by overlaying the hashtag ‘#Ad’] if the brand has a material connection to the influencer. It’s a big disconnect. [Undisclosed product placement] is allowed in some mediums, but not this medium.” 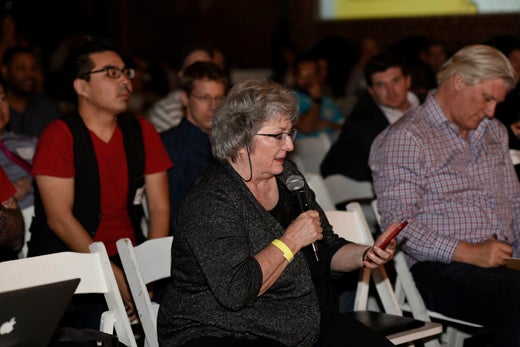 “Bachelor” producers can induce contestants to gush about so-so hotels in odd markets on-air, “The Price is Right” hawks coffee machines, late night infomercials sprawl for thirty minutes or more, and when coke cups plant in front of “Idol” judges, the FTC does not require a simultaneous “clear and conspicuous” disclosure in the program. However social creators must embed the “#ad” disclosure at the beginning and throughout their videos when there is any connection to a brand, even when quantitatively it is not the primary focus of a video, such as a gift of a lipstick without payment. Further, creators do not get to bury the disclosure deep in a YouTube video description or in the fine print credit crunch that flashes by at the end of television shows.

Panelist Larry Shapiro, a manager of digital talent, and Tubefilter’s Baldwin connected the dots to explain how diligent compliance with the “#ad” tag saddles a branded post with a scarlet letter that dents revenue.

“[The ‘#ad’ hashtag] gives the algorithms something they can push down because it benefits [platforms like YouTube or Instagram] to be selling more pre-rolls,” Shaprio added. “That’s where technology gets in the way of driving revenue.” 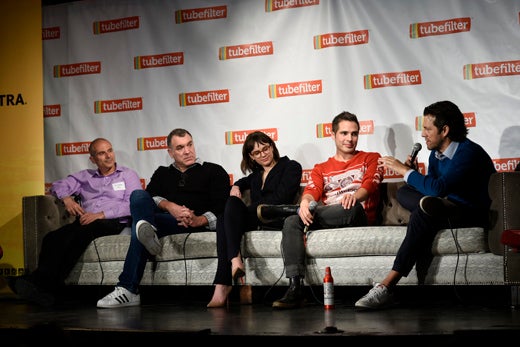 Ruben Ochoa (second from right) threw a metaphorical fastball down the middle on the theme of the night, wearing and toting Budweiser products without making any disclosures. (Debra Morrison)

The FTC’s Dahdouh offered another approach.

“At the same time we’re here to enforce the law, we’re also here to help. Yes, I’m from the federal government and I’m here to help,” he deadpanned. “Social media is constantly evolving. The rules stay the same, but things are continually evolving.” 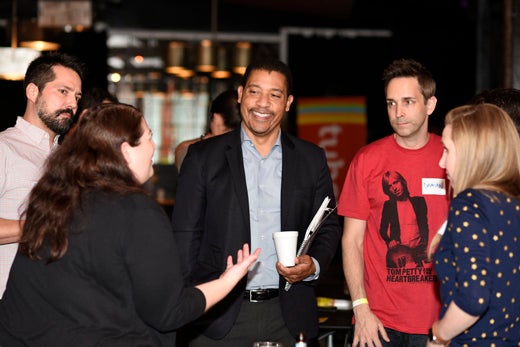 The conversation suggested that the FTC enables professional athletes to endorse sneakers and Kardashian types to shill for anything without disclosure requirements because audiences assume a material connection by default. Social media stars, who have fewer lines of business and shorter shelf lives, feel unfairly targeted – especially Peggy Glen a working actor best known as “Granny Potty Mouth” on YouTube.

“Because we’re ‘influencers’ and we’re not actors hired by the ad agency or hired by the brand to do the ad that they wrote, the brands think they can get us cheaper,” Glen said in a heated monologue from her front-row seat, notes in hand. “We put the bulls–t [disclaimer] on our post and we get demonetized. The money we thought we were going to make, we’re not going to make.”

“Internet viewers are not dummies,” she said. “The watch time on (our stuff) is no different than a 40-year-old guy sitting there [watching TV] with a clicker in his hand. It’s no different! We’re just fresh meat for you to come chasing after!” she said to Daudouh.

Dahdouh repeatedly cited the FTC’s enforcement against against Warner Bros., Sony, and ad agency Deutsch LA to assure the crowd that the agency is an equal-opportunity enforcer.

“I don’t think these are different rules,” Dahdouh said. “It’s not to say that social media influencers are not incredible celebrities, but there are nuances. What you wouldn’t want is the government to respond in a straightjacket way to every different nuance and fact pattern, right? Is that really what you want? Do you want it straitjacketed?

In 2017, the FTC issued warning letters to legacy celebrities like Jennifer Lopez, Sean Combs, Victoria Beckham and Sofia Vergara investigating their Instagram feeds for what appeared to be undisclosed endorsements and sponsorships.

The issue continues to permeate and inflame the professional online video industry.

“The platforms can evolve too,” Baldwin argued, citing the need for a graduated scale of sponsorship disclosures to parse full-blown ads from videos where merely incidentals or a location was gifted. “It’s not like the platforms are mountains that evolved over millions of years. They’ve been designed by people too.”

The famed NYC photographer scours his amazing archives for TheWrap

New York legend and star photographer Patrick McMullan's archive was recently syndicated into the Getty Images database. In celebration, TheWrap asked McMullan to curate a series of photos starring icons of the '90s. The results may surprise you.