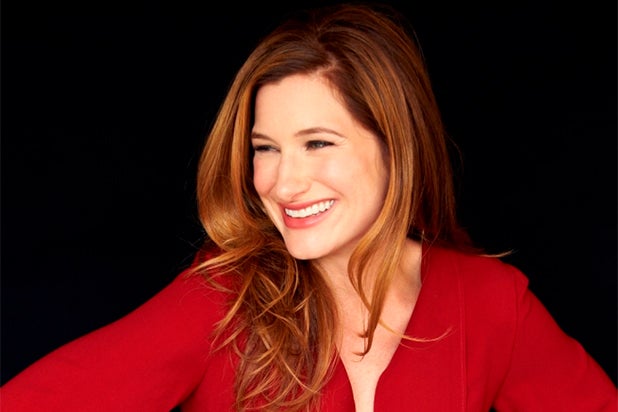 She’ll play opposite Oscar-nominee Steve Coogan‘ (“Philomena”) on a new version of the half-hour series, which hopes to examine mankind’s pursuit of happiness in a comedic fashion, and will film in December in New York City.

Hahn portrayed the same role on the network’s original “Happyish” pilot, starring alongside the late Philip Seymour Hoffman. The fate of the series was thrown into disarray when Hoffman died in February, but Showtime president David Nevins hinted at moving forward with the project in July and announced Coogan as Hoffman’s replacement in October.

Hahn will again play Lee Payne, Thom Payne’s (Coogan) wife on the show,  Her character is said to be candid to a considerable fault, but one who also sees the good in people.

The actress’s previous television credits include “Parks and Recreation,” “Transparent,” “Girls,” “Hung,” “The Newsroom” and “Crossing Jordan.” Her film screen credits include “Revolutionary Road,” “Step Brothers” and “The Holiday.”

“Lee is fierce while funny, defiant while vulnerable; no one can pull that off as deftly, subtly and sincerely as Kathryn Hahn,” said Auslander in a statement obtained by TheWrap “We’re very lucky to have her. We meaning Earth.”