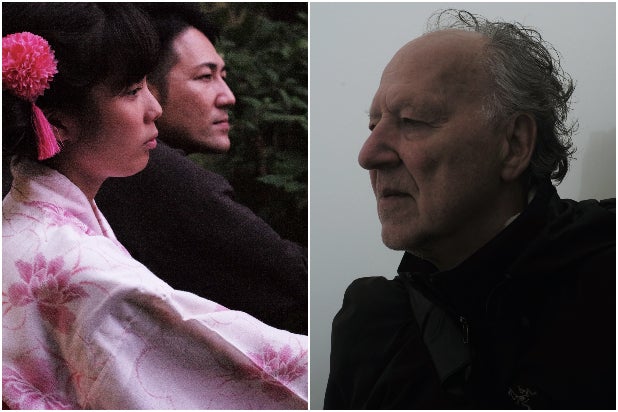 Don’t label Werner Herzog’s new film “Family Romance, LLC” as minor or slight. Though Herzog shot the under 90-minute film himself and utilized non-professional actors, the German auteur calls “Family Romance, LLC” one of his “essential films,” saying it is as important to understanding the human experience as is his masterpiece “Aguirre, The Wrath of God.”

“I think we should be very cautious with trying to find categories and squeeze it into it,” Herzog said. “One thing is clear. It is one of my essential films out of a handful of very essential things that look deep into our human condition.”

Herzog’s “Family Romance, LLC,” which premiered at Cannes last year and will land on MUBI on Saturday, examines a business in Japan in which patrons can rent stand-in actors to pose as family members for any occasion. If you’re embarrassed about your father’s drunkenness, hire a new dad to stand by your side on your wedding day. Need someone to take the blame for you at work? There’s someone who can do that too.

The business is real, and the film’s lead actor Yuichi Ishii actually runs the company Family Romance, at one point having employed over 1,400 actors for similar situations. And Herzog’s style itself has a handheld, documentary quality that seems to further blend the lines between reality and fiction, an experiment that feels unusual and daring even for someone with Herzog’s long career.

But the director is cautious about too readily classifying “Family Romance, LLC” within a specific genre, because he says 95% of the scenarios in this narrative feature were invented by him. The film’s core story involves Ishii posing as the father of a 12-year-old girl who’s dad has been missing her whole life. But over time, the girl slowly becomes too attached in a way that begins to be unhealthy.

Herzog finds beauty in one vignette that another director might see as tragic. A woman who once won the lottery but has never been able to recapture that incredible feeling in her life hires Ishii’s company to help her experience it again, even though she’s paid for it. Herzog said these personal connections and the ones provided by Family Romance to people just looking to have a good night out are more meaningful than anything technology or social media alone can provide.

“It doesn’t replace our existential solitude. We are connected. We are not isolated anymore, but we are profoundly solitary none the less, and a real performer that comes and is entertaining you and is having a good time has always been found as a wonderful thing by the founders of Family Romance,” he said.

Herzog had worked in Japan staging an opera in the past, but he had never turned his lens to this culture with adorable hedgehog cafes and robot hotels, both of which pop up in “Family Romance, LLC.” And though he didn’t speak the language, he still did the camera work himself and managed to found the intimacy in each moment.

“Seeing them so close, you could tell by the intonation and the flow of the language, oh they were wonderful in engaging in the field. And I did not want to have an earplug with an earphone listening to a simultaneous translation. I didn’t want that,” Herzog said. “I wanted to listen to the real Japanese, and I had the feeling this was great now.”

One vignette in “Family Romance, LLC” that is based on a real event involves a social media influencer who used Family Romance’s actors to pose as paparazzi and follow her around as part of a viral stunt. And in that sense, he points out that the world we see in the film shouldn’t feel that foreign to Western audiences.

“We do hire impersonators of missing family when we hire a babysitter for example. We do that,” Herzog said. “And we do use, not robots, but inanimate tools like a teddy bear or a doll as companions as children, and today we have dolls that speak to you, and we have a teddy bear that can sing to you.”

Herzog will participate in a free virtual preview of “Family Romance, LLC” on July 3 through MUBI, and it will then exclusively stream on the platform starting July 4.