The move was in response to the star singer and actress’ comments last month on the people of his state as “poor, illiterate and strung out” in a tweet after Senator Joe Manchin’s decision not to support President Joe Biden’s Build Back Better legislation.

That’s right, the state’s governor, following a lengthy speech, had someone hand him his dog, which he set on the lecturn, before turning her around and holding her bottom up toward the crowd and camera as he shared his commentary for the actress and singer. 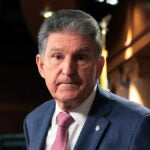 Also Read:
Sen. Joe Manchin Torpedoes Biden’s Build Back Better Act: ‘This Is a No’ (Video)

“Babydog tells Bette Midler and all those out there: Kiss her heinie,” he said to a standing ovation.

Midler’s full tweet, posted Dec. 20 read, “What #JoeManchin, who represents a population smaller than Brooklyn, has done to the rest of America, who wants to move forward, not backward, like his state, is horrible. He sold us out. He wants us all to be just like his state, West Virginia. Poor, illiterate and strung out.”

She later apologized for her commentary, tweeting, “I apologize to the good people of WVA for my last outburst. I’m just seeing red.” 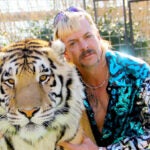 “Is he really the best WV has to offer its own citizens?” she asked of Manchin.

Watch the moment (in the video above) with Justice’s dog around the 1-hour 30 minute mark.