This week’s episode of “Westworld” on HBO was quite a doozie. So much so, in fact, that it can be easy to miss a potentially huge detail about what Charlotte-Dolores (Tessa Thompson) is going to try to do next. And it involves William (Ed Harris).

As we know, William ended up being shipped off to some super posh psychiatric facility by Charlotte, but judging by a couple easily missable details in this week’s episode that power move wasn’t just to get him out of the way while Charlotte tried to take Delos private. They still have plans for William.

So the first big clue comes early on in this week’s “Westworld.” We see William in the psychiatric facility, and they take his blood for sampling or whatever. We follow that blood to where the technician folks are, and see them plug the blood into their systems, and we get very brief flashes on the screen that his blood is not quite in the shape that it’s supposed to be. 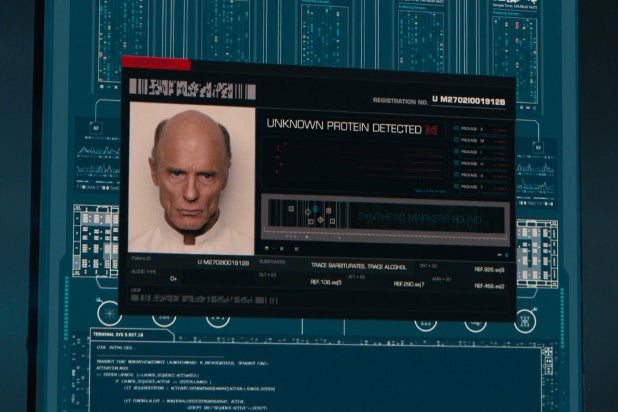 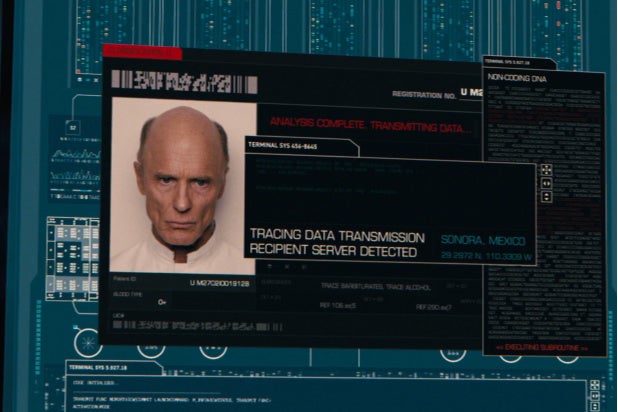 Then, later in the episode, we see Charlotte in her office pulling the data that was transmitted from the synthetic particles in that blood. And she makes a phone call to an unknown person: “The tracker in our friend’s blood paid off. I’ve got the location you’re looking for.” On both screens, the tracker — which is presumably what Charlotte injected him with a couple weeks ago — pinpointed the Mexican state of Sonora.

And then, just to shake things up even further, William’s final scene in the episode involves Bernard (Jeffrey Wright) and Stubbs (Luke Hemsworth) breaking into that facility and finding William, apparently left to rot in his crazy psychiatric drug trip.

These  scenes provoke a ton of new questions. Does this mean that Charlotte was calling Bernard, and not Dolores? If Charlotte is working with Bernard, how long has that been going on, and how did that relationship come to be? And what do they need from William anyway?

This is the kind of surprising twist that makes me feel like I should rewatch season 3 of “Westworld” from the beginning to scour for details that I may or may not have missed. Or I can just sit tight and see how it all plays out. The possibilities on that are pretty endless so I’m not sure there’s much worth in my speculation at the moment. But it’s something to think about as we close in on the end of “Westworld” season 3. Only two episodes left.