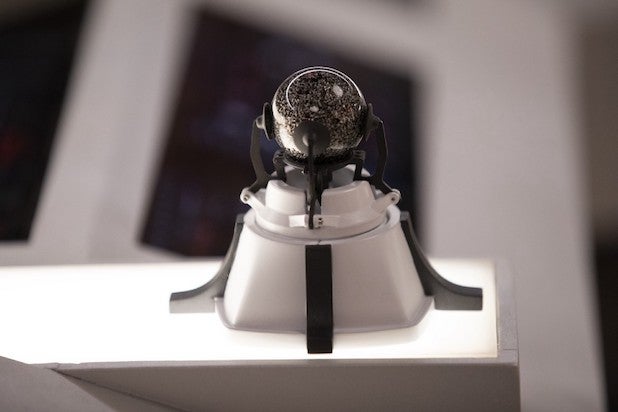 The third season of “Westworld” on HBO appears to be a lot more straightforward than season 2. Sure, it’s more than possible that Jonathan Nolan and Lisa Joy are doing some weird parallel timeline stuff like they did back in season 1 — the trickery this year might just be more subtle than the madness of season 2, which was so complicated it required bit charts and graphs to map out what happened when.

In any case, the biggest mystery of season 3 thus far is not so much about trying to figure out what’s going on, but rather which hosts are involved in the plot. Beyond Dolores (Evan Rachel Wood), we’ve got the five control units, or pearls, that she smuggled out of the Westworld park at the end of season 2 when she was wearing her own body. We know for sure that one of them is Bernard (Jeffrey Wright) — episode 3 revealed that bit specifically. And we know two others are active at the moment — the ones that Dolores put in the Charlotte (Tessa Thompson) body and the one that went in the replica of Martin Connells (Tommy Flanagan), the Incite higher-up who Dolores killed in the season premiere.

But we don’t know which hosts live in those bodies, or who the remaining two are. At the end of season 2, Joy specified to TheWrap that these are not any of the hosts who made it to the Valley Beyond last season — that Matrix-esque digital construct that the hosts have to themselves. So Teddy, for example, is not one of the pearls because she put him in that simulation And it’s not terribly likely that Maeve was one of the five, since Serac (Vincent Cassel) had her last week and he does not like Dolores.

Also Read: 'Westworld': 12 Major Questions We Have After Season 3, Episode 2

Though this is where potential timeline madness could enter into things, with the revelation that the real Charlotte had an arrangement with him to take over Delos before she died in the park. If all that Maeve stuff from last week happened after the events of this week’s episode, then maybe this host in Charlotte’s replicant body could have taken the pearl from Dolores and passed it to him. It’s as good a guess as any for why he had Maeve’s pearl based on the information we have now.

But since that really kind of is a wild guess, we’re gonna table that for now. We haven’t seen enough of the Connells host to make any educated guesses about who that is. But we got some big clues about the Charlotte host this week. Not enough to guess with any amount of certainty, but we can certainly narrow down the field.

The real clues come during her scenes with Dolores, which heavily imply that the two had a meaningful relationship with each other from before, but seemingly one in which Dolores has clear superiority. Teddy would be the easy guess here but obviously he’s out of the picture. Beyond that, there aren’t a ton of options — it’s just gotta be somebody she knows. The best candidate is probably Angela (Talulah Riley), who sorta functioned as Dolores’s second in command during her revolt, but she blew herself up and it’s not clear whether she could be brought back. Hector (Rodrigo Santoro) is another option. And Clementine (Angela Serafyan) is another. And, in particular, when the new Charlotte was talking to Dolores the way she spoke and her demeanor definitely reminded us of Peter Abernathy, Dolores’s father. But beyond that it’s pretty tough to narrow it down just from the info we have thus far. Something is probably slipping our minds right now.

Also Read: 'Westworld' Creators on Those Massive 'Game of Thrones' Cameos and the Secrets of Park 4

But all will be revealed pretty soon, and with so much of the country shut down due to the coronavirus pandemic, a lot of folks are gonna have plenty of extra time to parse all the clues.