The first look at “Westworld” Season 4 was released Wednesday, hidden inside a compilation preview video of HBO and HBO Max titles coming in 2022, including “House of the Dragon,” “Peacemaker” and the second season of “The Nevers.”

At about the 0:03 time stamp Thandiwe Newton’s Maeve is seen in all her glory. And around the 0:21 mark is where you’ll find a very terrified Caleb (Aaron Paul) being watched by the Man in Black (Ed Harris). But all of this is so brief, it’s hard to piece together exactly what is going — even by “Westworld” standards. 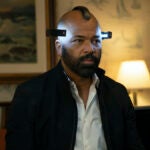 Watch the HBO and HBO Max 2022 preview clip via the video above.

If the video is going too fast for you to figure out just how many titles are shown and what footage is new, here is a guide courtesy of HBO and HBO Max, written in the WarnerMedia-owned platforms’ own words: 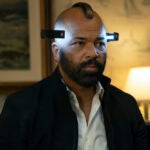