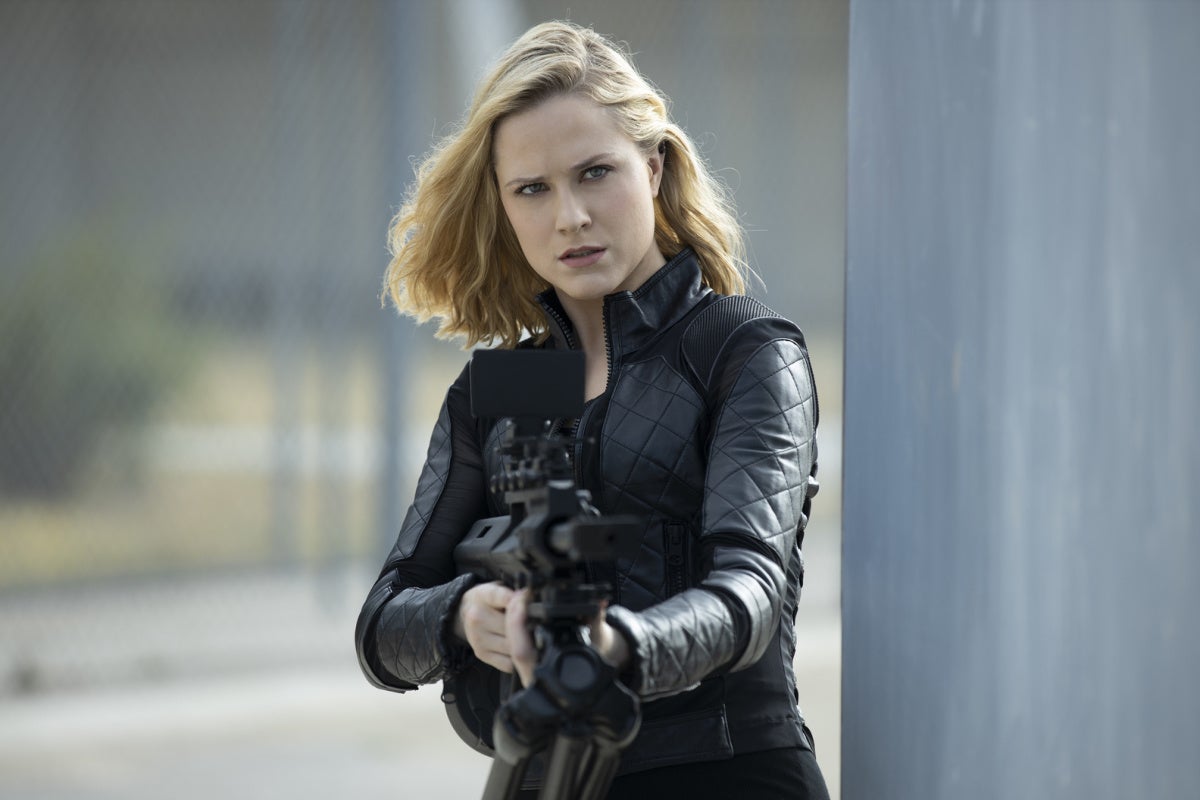 It has finally begun. “Westworld” season 3 has been so full of mysteries that it would have been totally ridiculous to try to answer all our questions in the finale next week. So “Westworld” creators Jonathan Nolan and Lisa Joy got a jump start on the wrap-up this week, with an episode that just had so much stuff in it that it’s really tough to take it all in.

It was information overload, honestly. It took me a couple viewings to really get what happened here. And because it’s so overwhelming, you may have missed the line of dialogue early on in the episode that explained something the main Dolores (Evan Rachel Wood) did at the end of the episode.

Aside from all the talking and big revelations, we also got a big fight scene between Dolores and Maeve (Thandie Newton) that involved some bonus action from a computer controlled sniper rifle and a cool futuristic helicopter. And possibly a major character death or two.

Also Read: Everything That Happened in 'Westworld' Season 3 Ep 7, Explained

The fight was pretty even for most of it, but then Maeve took the advantage late by stabbing Dolores in the gut, and then moments later Maeve’s helicopter shot Dolores’s arm off. Dolores managed to stagger back into the old reconditioning building to make one last move, and she made it right as Maeve was getting ready to finish her off: she flipped a switch on a weird grey thing, and everything electronic in the building shut off — Maeve, Dolores, the AI Solomon included.

So what happened here? Well, that big box that Dolores flipped the switch on got a brief mention early in the episode when Dolores and Caleb (Aaron Paul) first entered the place. Caleb asked why there would be a “military-grade EMP” there, to which Dolores replied simply: “In case it tries to escape.”

The “it” there is Solomon, another big AI orb that the Serac brothers had built — it’s the predecessor to Rehoboam, the one currently running the world. And an EMP is an “electromagnetic pulse.” Normally when a movie or TV show has an EMP in it, we get a few awkward lines of dialogue explaining what it is, but “Westworld” is not the kind of show that does that. So instead we get only the most perfunctory introduction to the device.

Without knowing more about the nature of the specific EMP device that we saw this week on “Westworld,” it’s tough to go into any detail about what it actually did. But the short version is that an EMP device puts out a pulse that disrupts or damages electronics of all sorts. So, more of less, when Dolores flipped that switch she shorted out all the electronics in the area.

The big question is whether it was a strong enough pulse to actually permanently ruin Maeve’s and Dolores’s bodies, not to mention their pearls. They might be dead forever, or they might be fixable. We don’t know enough about the device, or host bodies, really, to make any sort of guess. I imagine the whole thing is vague on purpose, just like “Westworld” creators Lisa Joy and Jonathan Nolan like it.

There is the possibility, I think, that the person we’ve thought of all season as the “main” Dolores is actually just another copy. And if the plan that she and the others had been enacting was meant to result in those copies’ deaths, then this could simply be that happening again. If this were the case, then presumably the actual main Dolores will make herself known in the finale.

But whether or not that was the original Dolores in the Dolores body, I think the plan for this one was always to die there, to fuel the origin of Caleb as leader of a revolution against Incite and Rehoboam. Remember, as Charlotte says at the beginning of the episode, “her plan is for us to die.” And this Dolores made multiple comments that indicated she knew she would be killed there. This went, I think, according to Dolores’s plan.

Whatever the explanation, “Westworld” season 3 is coming to a close next week, so we should have an answer very soon regardless.