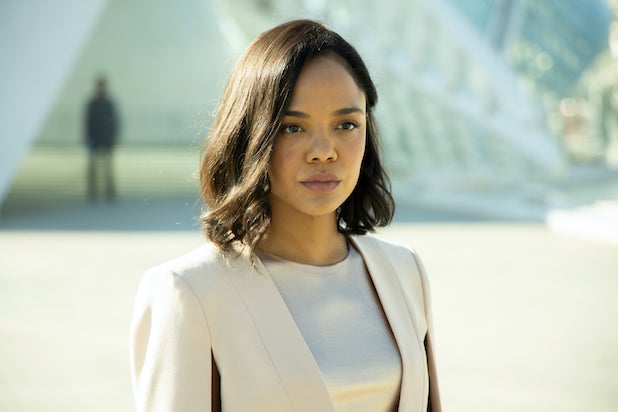 (We’ve got spoilers ahead for “Westworld” season 3 on HBO through the episode that aired on March 29.)

“Westworld” season 3 is, thankfully, not even remotely so much of a headache to deal with as season 2 was — I’m not sure many folks would be able to deal all that stuff during this whole pandemic situation. For the most part, this season has a more traditional “what’s gonna happen next?” sort of structure. It’s nice.

But it is still full of mysteries, of course. Like that of the five host control units that Dolores took out of Westworld last season. And that of the identity of the host — who was one of those pearls — who now inhabits the Charlotte Hale (Tessa Thompson) body.

One of those five pearls is, obviously, Bernard (Jeffrey Wright), who is living in his own body as Season 3 begins. But Dolores took four other “pearls” as well, and the mystery of those pearls haunted us for the nearly two years that passed between “Westworld” Seasons 2 and 3. And and then for most of the first four episodes of season 3 as well.

But at the end of the fourth episode of Season 3, we finally got an answer to this mystery, and it was a bit weirder than most of us would have expected. It turned out that Dolores had not smuggled the pearls of any of her friends out of Westworld, but had instead used the Cradle facility to make new pearls for her own consciousness. Basically, she made copies of herself.

One of those copies lives in the host body of Charlotte Hale. Another lived in the body of Martin Connells (Tommy Flanagan), and the third was in the body of Musashi (Hiroyuki Sanada). The fourth is still, as of the sixth episode of the season, nowhere to be found. “Westworld” creators Jonathan Nolan and Lisa Joy must be holding that one in their back pockets for some kind of huge last-second reveal.

But yeah. The Charlotte Hale of season 3 of “Westworld” is a copy of Dolores. We should note, of course, that these copies are not some kind of hive mind, and the main Dolores has no direct control over them. This Charlotte is still her own person, and she can make her own decisions about what she wants to do. While she has all of Dolores’s memories prior to the copy being made, Charlotte’s on a separate path now and is a distinct person.

And that, of course, sparks a lot of possibilities for how this could play out. Charlotte has not been as comfortable in her role, having to essentially go undercover in Delos, as Dolores probably would have liked. And she certainly cares more about Charlotte’s family than Dolores would want.

So could this copy of Dolores in Charlotte’s body end up going rogue and doing her own thing, just like Dolores herself did back in Westworld? I guess we’ll find out soon, since the season finale will air on May 3.