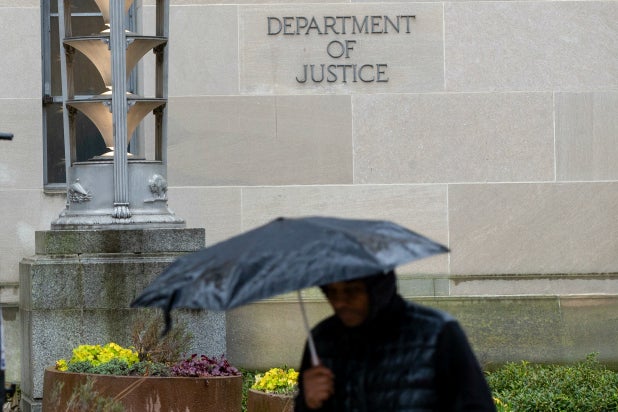 The U.S. Department of Justice is aware of the antitrust and racketeering accusations the Writers Guild of America has lodged against Hollywood’s top talent agencies, according to an individual familiar with the matter.

It’s unclear whether the Justice Department is investigating the accusations or how far along an inquiry might be. Representatives for the department declined to comment.

The WGA also declined to comment on whether it filed a complaint with Department of Justice or with the National Labor Relations Board, an independent government agency that enforces the Taft-Hartley Act forbidding any representative of an employee from receiving money from an employer.

A spokesperson for the NLRB said that it doesn’t have the authority to independently investigate labor issues; a company or entity has to file a complaint. According to the NLRB’s database of recent charges and filings, the WGA has not filed a complaint with the agency.

Typically, when a complaint reaches the Department of Justice, a section attorney will conduct research to determine potential investigations. Based on what the research turns up, the attorney then makes a recommendation to a section chief on whether to open an investigation or not; if it’s approved, one or more attorney’s is assigned. Investigations can last months or years, after which the investigating attorney recommends either filing suit or closing the investigation.

Separate from a civil lawsuit filed against Hollywood’s top agencies last week, the WGA has argued that film and TV packaging fees collected by top agencies violate the 70-year-old Taft-Hartley Act as well as antitrust and racketeering laws. The guild argues that agents have a conflict of interest in negotiating salaries for clients while also acting as co-producers on film and TV projects (where the motivation is to keep overall costs down for greater profitability). If you’re an agent, the guild says, you should collect money only from your client — and not from a studio or network.

The impasse over packaging fees has led the WGA to require its members to only work with agents who refuse to collect packaging fees, something none of the top agencies have agreed to do. In the last few weeks, more than 7,000 Hollywood writers have fired their agents — sending the industry into a state of confusion until the issue is resolved.

“This matter is very simple. If the major agencies would abide by existing law — antitrust and racketeering law — this deal would have been done 11 months ago,” the guild said last week after filing its lawsuit. “The ATA’s repeated use of anti-union rhetoric illustrates how much in denial the big agencies are.”

In the suit, which named UTA, CAA, WME and ICM Partners, the guild argued that packaging fees violate California fiduciary law by “severing the relationship between writers’ compensation and what the agency receives in fees.”

Association of Talent Agents Executive Director Karen Stuart has disputed the WGA’s position, noting that the guild “itself has agreed to the legitimacy of packaging for more than 43 years.”

She also argued, “The statute the WGA is suing under prevents abuses of power and authority by labor union leaders, even as the guild has intimidated its own members and repeatedly misled them about their lack of good faith in the negotiating room.”

The guild’s main bone of contention with the agencies is over packaging, which enables an agency to start a film or TV project by bundling talent it represents and bringing that multi-pronged project to a studio or network. The practice has become a major source of income for top Hollywood agencies, effectively making them producers on a movie or TV show.

The agency that puts the package together receives fees directly from the studio in lieu of commissions from actors, directors, showrunners and writers — often for the life of the project.