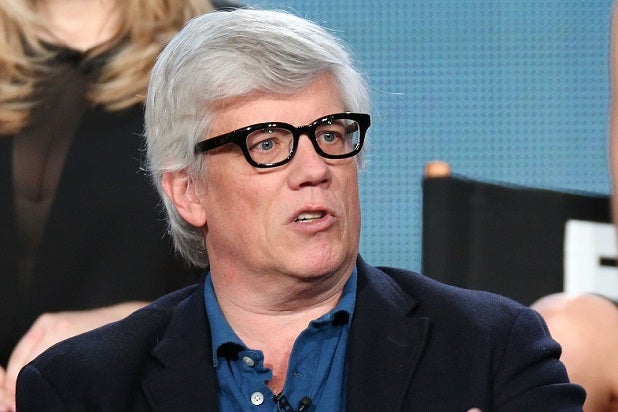 WGN America is boosting its scripted programming slate with a series order for the drama “Titans,” which counts “Rescue Me” alum Peter Tolan (pictured above) among its executive producers, and is developing another drama, “Underground,” with an eye toward a series order.

Created and written by playwright Peter Mattei, “Titans” is billed as a struggle for power and control set in the rugged and mysterious hills of Appalachia. It tells the story of the Farrell clan, a family of outsiders who’ve been in these parts since before anyone can remember. Living off the grid and above the law on their mountaintop homestead, they’ll protect their world and defend their way of life using any means necessary.

Mattei also serves as executive producer along with Tolan, Paul Giamatti, Dan Carey and Michael Wimer. The drama has received a 13-episode order.

“Underground,” meanwhile, follows the slaves who set foot on the fabled Underground Railroad, the secret network of men and women who risked their lives aiding them, and the mercenaries tasked with hunting them down at any cost.

The project is created and written by Misha Green (“Sons of Anarchy,” “Heroes”) and Joe Pokaski (“Heroes,” “CSI”). Both serve as executive producers, along with writer  Akiva Goldsman (“A Beautiful Mind,” “I Am Legend”), Tory Tunnell (“King Arthur,” “Holy Rollers”) and Joby Harold (“King Arthur,” “Edge of Tomorrow”).

Both dramas are being produced by Sony Pictures Television and Tribune Studios for an expected 2015 premiere.

“These projects, each exploring a world we find to be unique and fascinating, continue our aggressive expansion into original scripted programming,” said Matt Cherniss, president and general manager, WGN America and Tribune Studios. “Everyone at WGN America is pleased to enter this next phase of our growth with Sony Pictures Television as an important partner on these projects, along with such talented creators and producers.”

WGN America’s growing slate of scripted programming also includes “Manhattan,” about the top-secret project that created the atomic bomb, and “Salem,” about the witch trials of the 17th century.