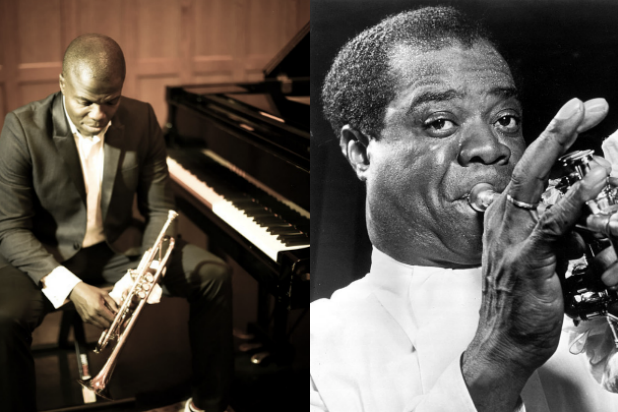 What a wonderful world indeed: “Pops,” a podcast about the life of music legend Louis Armstrong, is the next project from the team behind the “Inside Jaws” podcast. “Good Girls” actor Reno Wilson will play Armstrong, narrating his life story, in the series expected to premiere in early 2019.

The six-part series is written by Mark Ramsey, writer and host of “Inside Jaws,” “Inside Psycho” and “Inside The Exorcist,” with sound design by his production partner, Jeff Schmidt. Ramsey told us about the project at the 20-minute mark of our latest “Shoot This Now” podcast, which you can listen to on Apple or right here:

“Pops” will tell the story of how Armstrong, who was born poor in New Orleans in 1901, became one of the most famous musicians in the world despite vicious segregation. He started as a trumpeter and cornetist, but also became famous for his growly, supple delivery of songs including “What a Wonderful World” and “Hello, Dolly.”

The project comes from the audio production studio Workhouse Connect.

Wilson, who will also play Armstrong in the upcoming indie film “Bolden,” will voice Armstrong at every stage of his life, as he grows from a struggling trumpet and cornet player to a revered celebrity who appeared in films like “High Society” and performed with fellow icons like Frank Sinatra.

“This is an amazing life,” said Ramsey. “Orson Welles once wanted to make Louis Armstrong’s life into a movie. Such an interesting guy.”

The rise of Armstrong, nicknamed “Satchmo,” “Satch” and “Pops,” was all the more striking because of the prejudice at the time that made it almost impossible for African-American stars to break through. He was also bedeviled by the mafia, which controlled many of the nightclubs where he tried to perform.

His life was far from easy, or simple. His efforts not to say much about politics sometimes earned him criticism from African-Americans, but he used his celebrity to promote Civil Rights.

In an excerpt from “Pops,” below, Armstrong describes his mother telling him about white men hunting his uncle and other slaves like animals. It’s grotesque and painful, and promises that “Pops” will hold nothing back.