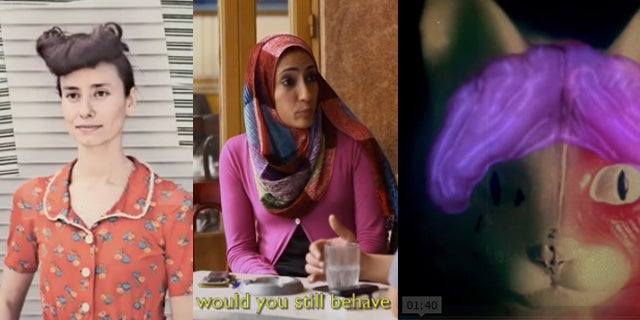 Goran Dukic's "What Do We Have in Our Pockets," Ritesh Batra's "Café Regular, Cairo" and Jason Willis' "Catnip: Egress to Oblivion" are three highlights of the 12 short films locked in a tight race to take home top prizes at TheWrap's "ShortList" Online Film Festival.

The films are available to viewed and voted for until Thursday, when the winners of the Industry and Audience Awards will be announced during a ceremony at Santa Monica Airport.

Also read: 'Voice Over,' 'Making of Longbird,' 'Until the Quiet Comes' Among ShortList Film Festival Finalists

Dukic's unconventional animated short, "What Do We Have in Our Pockets," debuted at the 2013 Sundance Film Festival and won Best Script in a Short at the 2013 Nantucket Film Festival. The short blends photographic, stop-motion and hand-drawn animation to tell an unusual love story that unfolds as the narrator discusses the various objects that can be found in his pockets.

Willis' "Catnip" mocks anti-drug PSAs by examining the powerful — and sometimes dangerous — effects "the drug" has on felines. The trippy parody won the YouTube Audience Award at the 2013 Sundance Film Festival.

The Industry Award, which earns the filmmaker a first-look deal with Cinedigm, will be decided by a six-person jury panel of veteran independent film professionals; viewer votes will determine the Audience Award.