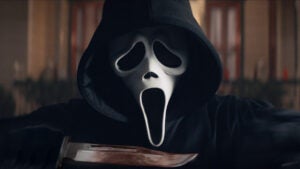 It’s either a buzzword or the future of the web, depending on how you see it

If it feels like you have been hearing more chatter about the metaverse, you are not alone. But whether it becomes the future of the internet or just another tech buzzword, like AI or blockchain, remains to be seen.

In the last few months, tech players from Facebook parent Meta to Microsoft have all talked up this virtual world and its potential for their businesses, from commerce to entertainment. Mentions of “metaverse” increased by more than 135% in Q4 2021 earnings calls as Facebook rebranded to Meta last October, according to analytics company GlobalData.

Yet there is still confusion and debate over what exactly the metaverse is, with some experts saying there is no consensus on the term. To some, entering the metaverse includes trying on clothes in augmented reality as you shop, and to others it’s interacting and collaborating in a meeting using avatars — but the idea of being able to move seamlessly between the real world and more virtual one in a single metaverse is the eventual goal.

That’s what some companies are trying to build out right now, but the technology and hardware are many years away from being able to support that vision. Oculus headset owner Meta, for example, recently introduced work, gaming and social spaces as part of its Horizon Worlds apps, and the company has pledged to dedicate $10 billion in the next year and hire 10,000 employees in Europe for AR and VR efforts over the next five years.

Other tech giants including Sony, Snap and Microsoft are developing software and hardware for the metaverse. At the same time, more developers and advertisers are looking to shape their products around this cyber experience, whether that be social media, events, e-commerce or gaming.

“The metaverse is the next step in personalization in the digital environment,” Chris Tompkins, CEO of marketing firm The Go! Agency, said. “Something that is more immersive than just posts and chat, something that combines the elements of the current environment with VR, AR, and other sensory-heavy applications.”

That said, here is a cheat sheet on what the metaverse entails, how to access it and some of the potential applications and challenges ahead.

What is the metaverse?

Simply put, the metaverse is a virtual reality world where users can interact, game and experience things as they would in the real world. Using current AR and VR tech, they can immerse into this world and interact with overlaying objects and people in the visual projected in front of them.

The sci-fi term combines “meta” and “universe” to refer to the concept that there is a network of these universes or worlds. You might have recognized similar themes in movies like “Ready Player One” or TV shows like “Black Mirror,” in which characters plug in and enter a different world, maybe even have a whole other life. Our tech isn’t quite there yet, but more on that later. “The metaverse is the real world virtualized,” Bob Bilbruck, CEO at tech consulting firm Captjur, told TheWrap. “Most of the time the metaverse will be an overlay on your real life and activities. Everything from banking, to learning, to entertainment, to commuting, to doing business, interacting with friends, gaming will all be enhanced through the metaverse, and eventually the two will seamlessly merge where you will not be able to tell if you’re in the real world or metaverse world.”

There’s also some debate over what the term refers to — it could be used as a broad term for any immersive virtual environment or a bunch of virtual worlds in one universe. Meta’s Mark Zuckerberg would like to have it the latter way, and for his company to ideally be the provider or platform supporting those various services.

So how do you get there?

Right now, it’s through somewhat clunky hardware, such as AR glasses or a VR headset like Oculus. A lot of companies are building their own wearable devices to be able to implement these experiences. In recent years, Snap has been working on its AR glasses, Spectacles, while on the gaming side Sony offers a Playstation VR headset and Microsoft has its own HoloLens device. Meta’s Oculus has also introduced several headset products operated in conjunction with controllers so users can speak to other users, grab objects or walk and fly around.

Sony sold more than 5 million PRSV units in 2020, while the Oculus Quest 2 has shipped more than 10 million units. Since current devices are mostly limited to head and torso tracking — hence the proliferation of legless avatars — various companies are working on developing accessories and devices for full-body tracking suits and components to add heat and cold sensations. Other startups are also looking to build products that will provide tactile feedback and TVs that would allow users to display their NFTs and other virtual objects. In a way, these are all building blocks to the larger, evolving metaverse. 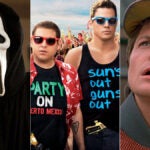 Why does this matter?

There are many potential applications for the metaverse, some of the early ones being online gaming, social networking, enterprise and retail. We’ve seen some recent metaverse events with Lil Nas X doing a virtual concert in the popular VR game “Roblox.” Travis Scott and Ariana Grande also held their own concerts in “Fortnite,” with Scott’s virtual performance drawing a crowd of 12 million and grossing some $20 million including merchandise. Down the line, we could see more businesses moving into the entertainment space to produce events or build platforms and tools for work collaboration.

“By having a massive company like Meta put a lot of resources behind this platform, it creates a jolt across the entire industry,” Kevin Cornish, founder and CEO of VR learning company Moth+Flame, said. “It’s exciting because it has the potential to bring more businesses who may have otherwise thought VR was out of their reach, into the mix in looking for some of the really cool work being done in the enterprise space.”

Andy Tian, CEO of Hong Kong-based social company Asia Innovations Group, describes the metaverse as a virtual world that “interoperates with the real world,” and the consumer applications range from socializing to self-expression. “There are many applications, but perhaps the most important at this moment is that it enables a virtual creator economy. It enables anyone to create anything virtual and be able to get paid for it by other users,” Tian said.

Clark Boyd, head of strategy at AI startup Cadeera, also points to retail as a potential growth area. With the virtual retail world, shoppers don’t have to physically go from store to store to find items — which gives them a lot more variety and saves time. “Right now, brands are selling virtual versions of their physical products in the metaverse. Next, we will see metaverse exclusives of clothing ranges, but there is so much more room for experimentation if we see that the economics of the virtual world are entirely different,” Boyd said.

In gaming, the future metaverse could also be a place for creators and gamers to make money as ambassadors or esports competitors. Many view gaming as the most developed part of the metaverse at the moment. From strategy to shooting games and VR chatrooms to multiplayer experiences, games are already offering an immersive environment that users find familiar.

What are the challenges in building the metaverse?

Just as with social network apps and gaming, the metaverse will require privacy and safety protocols to protect users from harmful content, illegal activity and bad actors. The fact that these activities can now take place in the metaverse doesn’t change the rules — especially as there are growing concerns around consumer safety and mental health impacts on social media.

“All the real-world problems will translate into the metaverse,” Bilbruck said. “After all, it will be an extension of your real-world life. Crime, harassments, scams, bad people, bad interactions and fraud will all be part of the metaverse. … We are going to see huge discussions around privacy as this develops.”

Especially with wearables, many of the privacy protections and regulations are still being established. Daniel Markuson, digital privacy expert with NordVPN, said having headsets and sensors in people’s homes poses a security concern. “Add the potential to have your meta-identity stolen, or simply cloned where a hacker assumes your identity to do bad things in your name is quite scary,” he said. “As business moves to metaverse for remote communications, there are workforce, if not legal, challenges of people opting out.”

Another problem will be the sheer cost. With headset and gear costing several hundred dollars to start, Tian believes the biggest pain point will be access and the digital divide: “Most users don’t use VR, and the pandemic has driven a wider digital divide, especially between the poor and the rich, and between developed and developing countries.”

Then there is the actual infrastructure to the metaverse that is yet to be created, whether that be a single metaverse platform that Zuckerberg envisions, or something more like the current internet with different domain names. “Meta would like to play that role, but that would only serve their own interests,” Boyd said of Zuckerberg’s ambitions in this new field. “I am concerned that we will only entrench our existing prejudices in a virtual world, when we have a rare opportunity to reimagine how we interact and create value. We need only look at social media today to see how damaging this could be, and to understand why Meta is not the right company to lead us into a new age.” 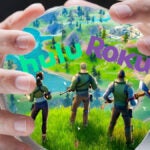