Netflix has released the list of its most-binged shows of 2018, with the teen dramedy “On My Block” topping the list.

According to the streamer’s data, of all the Netflix originals released between Jan. 1 and Nov. 28, “On My Block” had the highest watch-time-per-viewing session. The list doesn’t necessarily reflect Netflix’s most popular series, rather the ones that enticed viewers to watch the most episodes in a single sitting.

“On My Block,” co-created by “Awkward” writer and creator Lauren Iungerich with Jeremy Haft and Eddie Gonzalez, stars Sierra Capri, Jason Genao, Brett Gray and Diego Tinoco as a group of streetwise teens navigating both the everyday drama of entering high school and the very real dangers of life in inner-city Los Angeles. The series debuted earlier this year to largely positive reviews and rode strong word-of-mouth to a second-season pickup back in April.

Right behind “On My Block” on the list of most-binged shows is the second season of the hit true crime series “Making a Murderer,” followed by Season 2 of “13 Reasons Why,” the docuseries “Last Chance U” and the U.K. import “Bodyguard.”

“Fastest Car,” “The Haunting of Hill House,” Season 2 of “Anne with an E,” “Insatiable” and “Orange Is the New Black” Season 6 rounded out the top 10.

Netflix’s end-of-year data dump also included a list of the most-rewatched original films, with “The Kissing Booth” and “To All the Boys I’ve Loved Before” luring nearly half their viewers back for a second watch, and a list of the stars who saw their social media followings explode after their respective turns on Netflix originals. 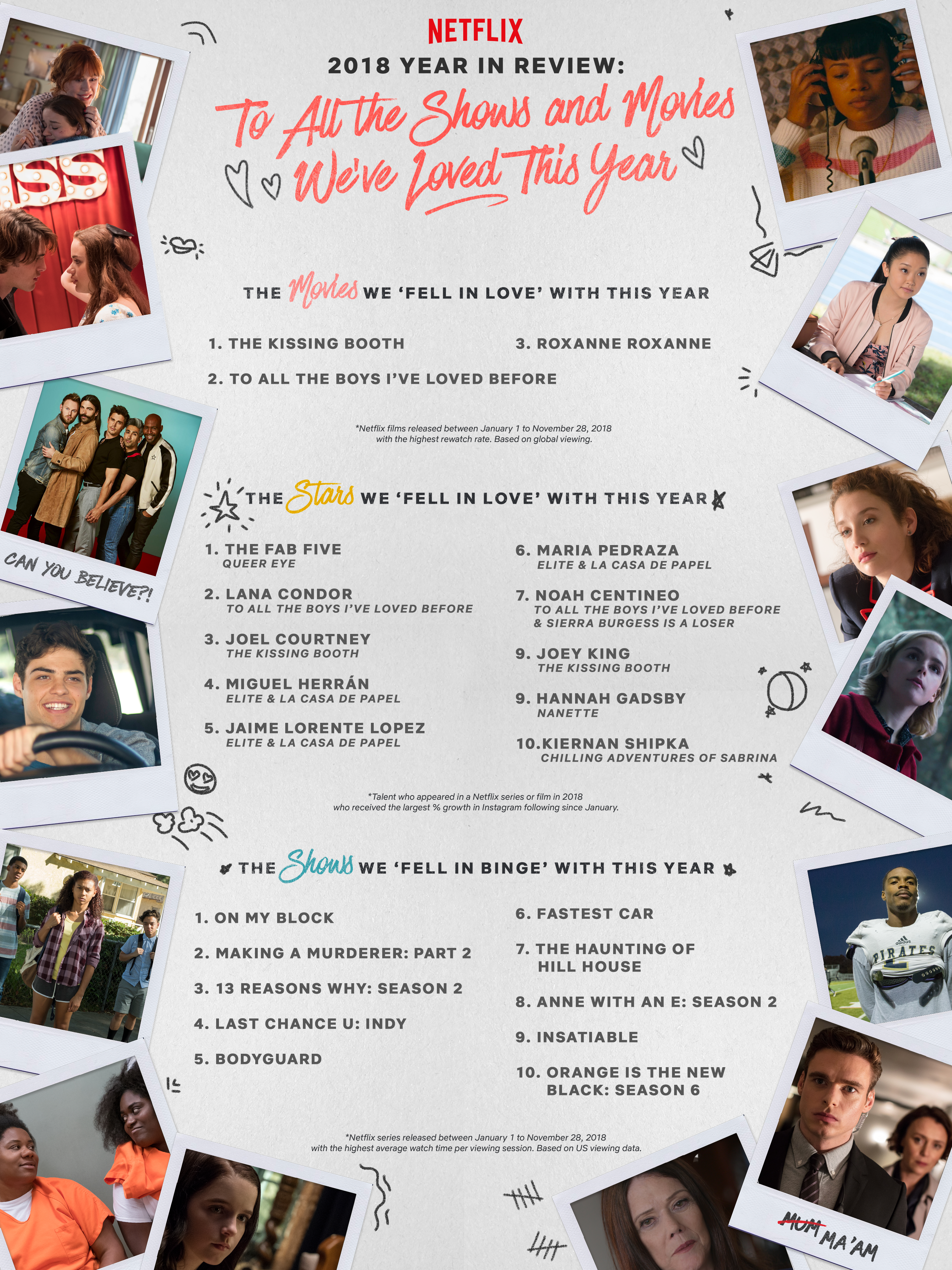