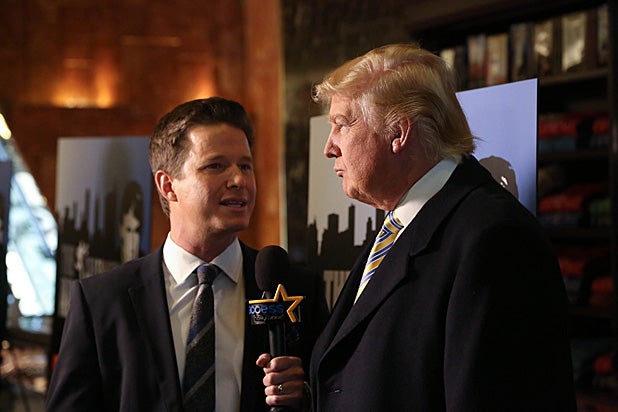 Now that Billy Bush looks to be on his way out at NBC, what does this scandal mean for the major players caught up in the mess?

Bush, the co-host of the 9 a.m. hour of NBC’s flagship morning show “Today,” is said to be negotiating his exit after Friday’s leak of an embarrassing 2005 tape where he engaged in lewd talk with Donald Trump.

Here’s what’s at stake in the coming days:

Billy Bush
You can tell a lot by how a company reacts to a scandal. If NBC had allowed Bush to apologize and undergo a 30-day spiritual cleansing or some such, and offered even a mild statement of support, that would have been a sign that the bosses considered him redeemable. But no. An NBC executive said in a statement announcing his indefinite suspension that there was “simply no excuse for Billy’s language and behavior on that tape.” That left Bush precious little wiggle room, although it’s possible that once the passions of the presidential campaign die down, he can rebuild his TV hosting career. Probably not at NBC, though.

NBC and “Today”
The network bosses needed this problem like they needed raw sewage to spill out of the toilets of 30 Rock. Backstage intrigue at “Today” has been an endless soap opera since the younger, blonder Deborah Norville supplanted Jane Pauley as co-host. More recently, Matt Lauer earned a spot in the TV Villain Hall of Shame after viewers deemed him at least partly responsible for the dumping of former co-host Ann Curry. Maybe there’s no such thing as bad P.R., but in the case of “Today,” such offstage drama upsets the illusion of a happy TV family and often translates into lower ratings. And locked in its battle with ABC’s “Good Morning America,” NBC can ill afford lower ratings. The network needs to safely and quickly stow the Bush debacle into the past.

Donald Trump
Trump is justifiably famous for his media skills, showcased to such great effect during last year’s GOP primary debates. But his instincts are not infallible. He has underestimated the degree to which a videotape — even an 11-year-old one — can sway opinion and undermine his message. What’s more, the current mess highlights a previously unrealized risk: Consort with The Donald at your own peril. There are many who have said that Trump has used the 2016 campaign to further his own career. But now other TV personalities can see that getting too close to this singular figure — on a hot mic, at least — might torpedo their own.