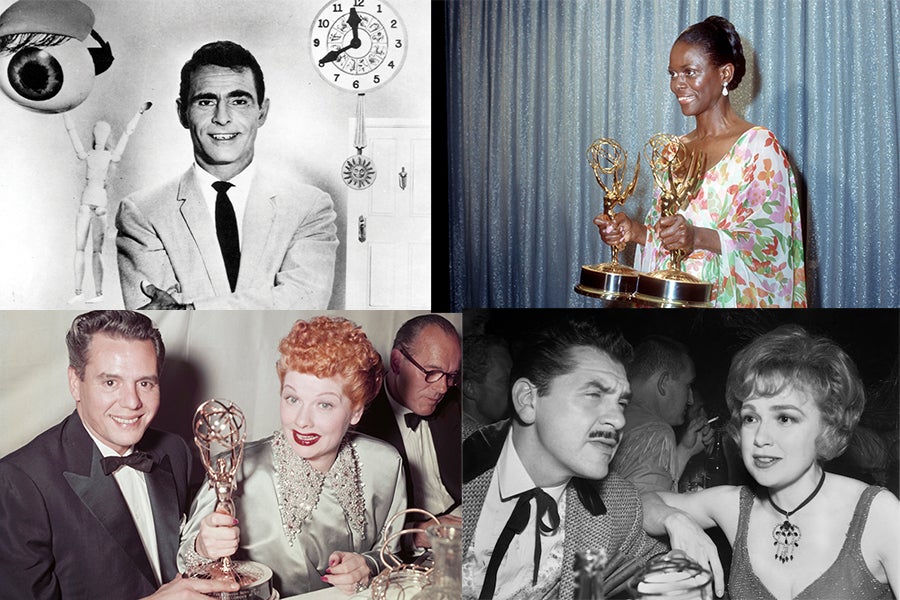 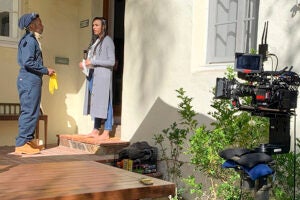 Inside ‘Love in the Time of Corona': How a TV Show About a Pandemic Was Pitched, Written and Shot From Quarantine

A version of this story on Emmys show makeovers first appeared in the Emmy Hot List issue of TheWrap’s Emmy magazine.

We don’t yet know exactly what this year’s Primetime Emmy Awards ceremony will look like, but we know it will be a dramatic change from every previous Emmy show. With no live audience, the Jimmy Kimmel-hosted show will put a new, COVID-mandated spin on the awards-show template. Already, the show’s producers have reached out to high-profile nominees and offered help with wardrobe, lighting and other ways to make everybody look fabulous from wherever they’ll be during the show.

As for the results … Well, a spring and summer’s worth of virtual graduations, telethons, awards shows, late-night broadcasts and political conventions haven’t really uncovered a template for how to do this kind of thing right. Maybe the Emmys will do that. Maybe not.

But it’s worth remembering that this won’t be first time the Emmys show has gotten a serious makeover. Here, with details from Tom O’Neil’s book “The Emmys,” are five other times it happened, all from the first 31 years of the Emmys. 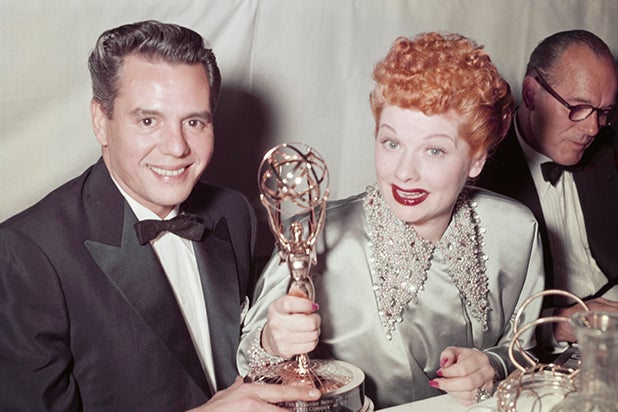 Desi Arnaz and Lucille Ball at the 1953 Emmys / Getty Images

1953: Turf Wars
The fifth Emmys came as the struggle intensified between the Los Angeles chapter of the Academy of Television Arts and Sciences, which thought the awards should honor and promote television made in Hollywood, and members from the rest of the country, who wanted it to be a truly national award. The fighting between different regions would eventually lead to two different television academies, one in L.A. and one in New York — but in the early ’50s, the Emmys barely had the clout to support one academy, much less too.

Still, that one Academy decided to borrow a trick from its already-defunct San Francisco branch — which, before it disbanded, hosted its own local Emmys show. For the 5th annual Emmys in 1953, L.A. got a separate event with its own set of winners — which included Betty White and Liberace — while the bigger Emmy show would be open to the entire country.

The solution satisfied everybody, and the national Emmy winners included shows produced in both L.A. (“I Love Lucy,” “Dragnet”) and New York (“Robert Montgomery Presents,” “Your Show of Shows”).

Also Read: Writers and Directors Guilds Push Back on Plan to Pull Categories From Primetime Emmys: 'WGA Has Not Agreed to Anything' 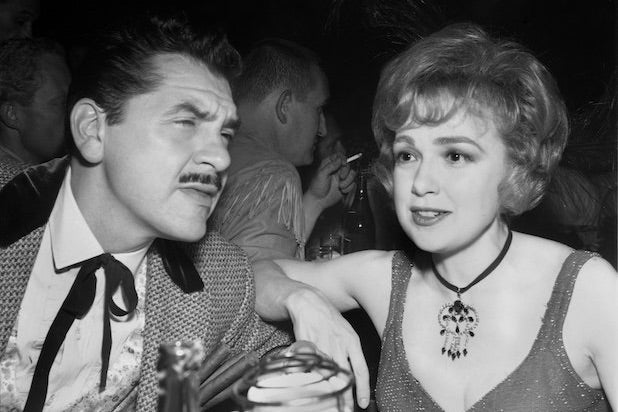 1962: A Novel Approach
For the 14th Emmy Awards, held in 1962 at the Hollywood Palladium, the Academy came up with an idea that now seems normal but then seemed startling and fresh: clips from the nominated shows! Strangely, it had never been done before, but the show loaded up with clips of as many nominees as it could, along with footage of news events and of comedian Ernie Kovacs, recently killed in an auto accident.

One of the Kovacs clips so moved the comic’s wife, Edie Adams – who was on hand to accept a posthumous award for her late husband – that she left the room in tears. But on the whole, the clips were a big hit that would be repeated at every subsequent Emmys show. “Most impressive,” the Los Angeles Times wrote. 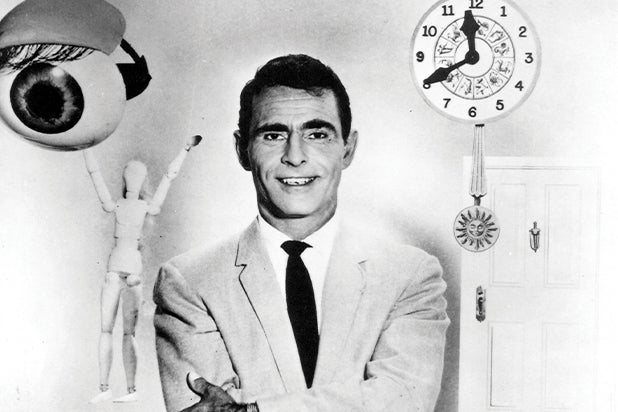 1965: And Then There Were Four
Was this an episode of “The Twilight Zone?” That show’s host and mastermind, Rod Serling, had become president of ATAS, and his grand idea was to do away with the head-to-head competition. So the 27 categories were reduced to four: Outstanding Program Achievements in Entertainment; Outstanding Program Achievements in News, Documentaries, Information and Sports; Outstanding Individual Achievements in Entertainment; and Individual Achievement Awards in News, Documentaries, Information and Sports. “It’s time we became not just an industry, but an art form,” Serling explained, not very helpfully.

The categories had as many as 23 nominees each, and multiple winners. The most frequently honored programs were specials like Barbra Streisand’s “My Name Is Barbra” and a documentary tour of The Louvre, and most people hated the new format.

“It was a calculated risk and we lost,” Serling said afterward. “We just took the wrong road.” 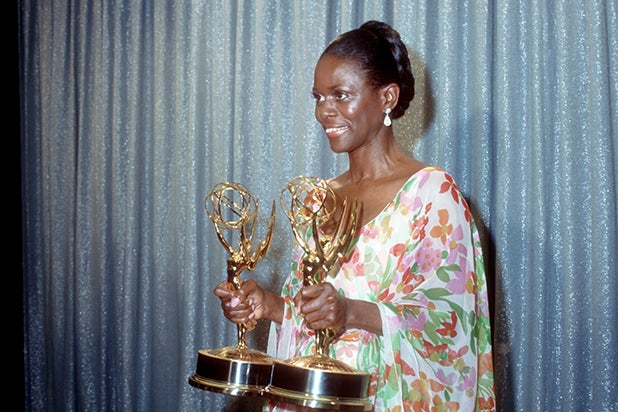 Cicely Tyson with her regular and “Super” Emmys, 1974 / Getty Images

1974: A Super Bad Idea
Serling’s calculated risk was repeated almost a decade later, when the Academy decided to add some “Super Emmy” categories — where, for instance, the winner for acting in a comedy series would go head-to-head with the drama series winner.

One of the problems with the idea is that it necessitated a second round of voting where the winners could face off – but that meant that the winners would need to be revealed ahead of time so that the Super Emmy voting could take place. That meant they had to announce the individual winners ahead of time so voters could cast ballots in the Super Emmy categories, and it led to a lack of suspense and a threat from some actors that they would resign from the Academy if the idea was instituted.

And while the mass resignations didn’t happen, the show featured a string of winners trashing the award they’d just won.

“I would like to see them do away with the ‘super’ structure,” said Mary Tyler Moore (“The Mary Tyler Moore Show”) after beating Michael Learned (“The Waltons”). “I don’t think it’s fair to compare a dramatic actress and a comedic actress. It’s apples and oranges.”

Alan Alda (“M*A*S*H”), who beat Telly Savalas (“Kojak”), went a step further and said it was like comparing “apples and oranges and Volkswagens.”

And Hal Holbrook (“Pueblo”), who beat William Holden (“The Blue Knight”) for the Actor of the Year in a Special category, accepted the award and then said, “It’s silly.” 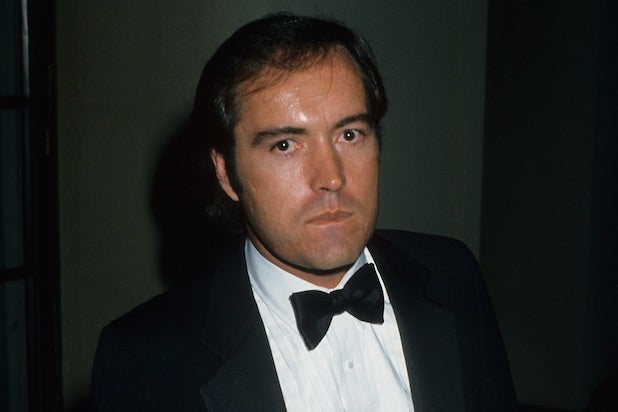 1980: Where’d the stars go?
The Academy and the show producers had no choice but to overhaul the Emmys broadcast in 1980, because almost all the stars boycotted the show to support a strike by the Screen Actors Guild and the American Federation of Television and Radio Artists. After the last-minute boycott was announced, the show scrambled to line up hosts — Steve Allen and Dick Clark volunteered — and to refashion the show as a tribute to behind-the-scenes talent that wouldn’t need to rely on the classic clips that the unions were now blocking.

Only one of the 52 acting nominees showed up — but that one, “Guyana Tragedy: The Story of Jim Jones” star Powers Boothe, won and received a standing ovation. “This is either the most courageous moment of my career or the stupidest,” Boothe said when he accepted his award.

He would never again receive an Emmy, or be nominated for one.