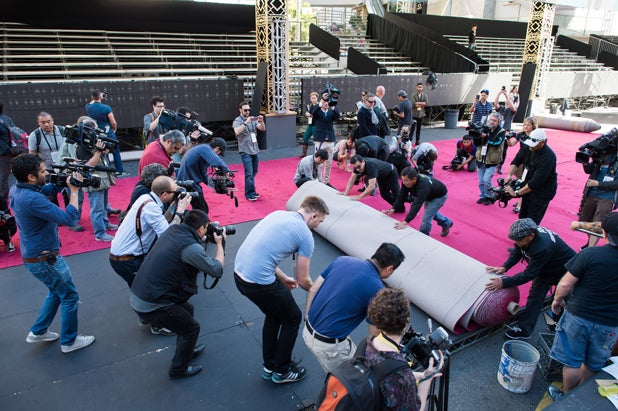 What a thrill to win the lottery for a ticket to attend the 90th annual Oscars ceremony. I am even more excited to be going as a member of the Academy, and pinching myself in disbelief.

I had attended years ago as the grateful guest of my dear cousin, director Arthur Hiller. Back then I went through all the mishegoss worrying about what to wear and how to get my hair done in an elegant style. (Not that anyone is going to care about what a middle-aged, out-of-town documentary filmmaker was wearing that evening or any time for that matter.)

This year I have a much different concern even though the first questions all my friends asked was, “What dress and jewelry are you going to wear to the ceremony?” Without missing a beat, I answered that this year no designer dress, even if I could afford one or fit into its narrow dimensions, was going to represent the look I wanted to achieve in 2018.

Also Read: All the Oscar-Nominated Movies You Can Watch at Home Right Now

As a citizen of Washington, D.C. — whose population is unfairly denied any voting representation in Congress — I only wanted to wear an accessory that reflected the courageous responses of the young adults who survived the Parkland, Fla., shooting and the parents who tragically lost their teenage children.

So, I don’t care that I selected a previously worn, long red Indian caftan that I just grabbed from my closet. The only thing I am concerned about is what button I am wearing.

I was lucky enough to discuss this dilemma on Sunday with a teacher I knew sitting next to me at a reception for the unveiling of a statue of Orlando Letelier, the former Chilean ambassador to the U.S., who was violently killed by a bomb planted in the car he was driving on the street of Washington, D.C., in 1976. His co- worker Ronni Karpen Moffitt also died in this insidious attack planned by the Chilean military government.

Also Read: Oscars: What Movie Won Best Picture at the Most and Least-Watched Academy Awards?

Without missing a beat and in the spirit of a dedicated teacher, she volunteered to help me create my fashion statement. And I mean literally make my accessory.

She came over to my house and inspired by words spoken by one of the Parkland survivors a button design was born. Sitting in my backyard this educator produced a couple dozen buttons for me and friends to wear and pass out at the ceremony.

I have always thought that teachers are so grossly underpaid and taken for granted for all they do in our society. And this educator, who prefers to remain anonymous, is a gracious phantom thread to my Oscar costume.

So thanks to this preschool teacher, armed only with her creativity and crayons, and with no desire to ever arm herself with a gun in the classroom, I possess the grandest of fashion statements for the Oscars, in honor of educator Scott Beigel and coach Aaron Feis, who lost their lives protecting students.

As a Washingtonian who is most upset that Congress time and time again has not passed stricter gun control measures to allow our children to go to school in a safe environment, this is what I am going to wear on Sunday. 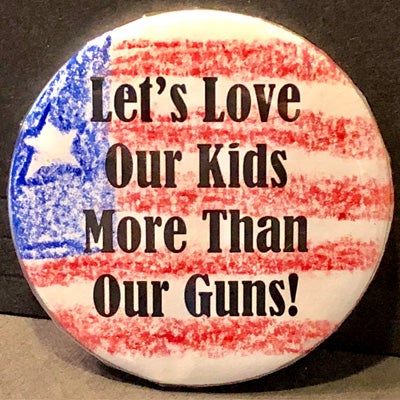 The Oscars are almost here, but you don't have to head to the theater to catch up on all the nominees you missed -- most of the major nominees you can watch from the comfort of your living room. Here you'll find the list of every Oscar nominee available for home viewing and where you can find them.