Emma Seligman’s impressive “Shiva Baby” (Utopia) premieres on Blu-ray this month, and it’s a blisteringly funny, character-based comedy about a young Danielle (played by Rachel Sennott) whose rootless life when she attends a shiva with her parents (Fred Melamed and Polly Draper), only to encounter the boyfriend who’s financially supporting her, his wife — whom Danielle didn’t know existed — and Danielle’s ex-girlfriend. It’s a full buffet of misunderstandings, awkward encounters, and scene-stealing character actors, with a cast that also includes Jackie Hoffman, Dianna Agron, and Molly Gordon.

Also available: A jaded clickbait reporter has an unforgettable encounter in the indie comedy “15 Things You Didn’t Know About Bigfoot” (Kino Lorber); over-the-hill kung fu disciples rouse themselves from mid-life torpor to avenge the death of their master in the martial-arts comedy “The Paper Tigers” (Well Go USA Entertainment). 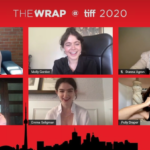 Eytan Fox’s cultural-generational clash comedy “Sublet” (Greenwich/Kino Lorber) might not be as strong as his previous films — which have made him a leading filmmaker in international LGBTQ+ cinema — but it’s a great place for first-time American viewers to get their feet wet with his oeuvre. John Benjamin Hickey plays a New York Times travel writer who sublets an apartment in Tel Aviv, only to wind up letting the tenant (Niv Nissim as Tomer) crash there as well. The two gay men view the world from different perspectives regarding their ages and locations, but manage to find common ground as well. (Both performances are terrific.) Let this be your gateway drug to titles like “Yossi and Jagger” and “Cupcakes,” that are stronger Fox films.

Also available: An all-star ensemble of young talent — including Dean-Charles Chapman, Anya Taylor-Joy, Ferdia Walsh-Peelo, and Travis Fimmel — star as Irish youths turned to booze and nihilism after graduating high school in “Here Are the Young Men” (Well Go USA Entertainment); the Italian comedy “Beate” (Corinth Films) teams up lingerie-factory workers and nuns with a talent for embroidery as they stick it to their common nemesis with sexy underthings; a Jewish family’s escape from 1933 Berlin is seen through a nine-year-old’s eyes in “When Hitler Stole Pink Rabbit” (Greenwich/Kino Lorber), based of Judith Kerr’s autobiographical novel.

The recent back-to-back J.T. Leroy documentaries proved that the “authorized” version can provide more inside access while the “unauthorized” one can dig deeper into human frailties and bad decisions. So if you’ve seen the unauthorized Cannon Films doc “Electric Boogaloo” — and you should — now there’s the authorized look at the go-for-broke 1980s indie film outfit, “The Go-Go Boys: The Inside Story of Cannon Films” (MVD Rewind). Together, these films provide a fascinating glimpse into cousins Menahem Golan and Yoram Globus, who took Hollywood by storm and made a fortune on ninjas, breakdancing, and Chuck Norris before it all fell apart. It’s a movie that exists because the titular “Go-Go boys” wanted their own say, but it’s more than just self-aggrandizing puffery. If, like me, you’re fascinated by producers who were equally eager to work with Godard and Michael Dudikoff, both of these docs are essential viewing.

Also available: “Street Gang: How We Got to Sesame Street” (Screen Media) offers a delightful and eye-opening look at the story behind a show that changed TV forever; the great Gordon Parks capped off his filmmaking career with the autobiographical documentary “Moments Without Proper Names” (Kino Classics); previously unreleased archival footage is one of the draws of “Salvador Dalí: In Search of Immortality” (Film Movement), a portrait of the legendary Surrealist; “Super Frenchie” (Greenwich/Kino Lorber) follows Matthias Giraud through his high-flying career as a skier and base jumper.

Enthusiasts for creature-feature makeup and sculpting should pick up “The Monster Collection” (Doppelganger), featuring two documentaries (“The Frankenstein Complex,” “Phil Tippett: Mad Dreams and Monsters”) on the making of the movies’ creepiest prosthetics; a New York legend tells all in “Kenny Scharf: When Worlds Collide” (Greenwich/Kino Lorber), which features extensive footage of Andy Warhol, Keith Haring, Ed Ruscha, and other legendary peers; “Power of Moths” (IndiePix Films) follows young disabled performers in Belarus whose potential explodes wide open through the freedom of the stage.

A female-empowerment comedy cloaked in a vampire thriller, “Jakob’s Wife” (Shudder/RLJE) stars horror icons Barbara Crampton and Larry Fessenden as Anne and Jakob, a small-town couple whose marriage seems drained of passion or possibility. When Anne has a chance encounter with the new bloodsucker in town, she discovers that she’s never felt more alive than when she’s undead, and repressed minister Jakob must figure out a way to stop taking her for granted if he, or their marriage, is going to survive. This smart genre tale delivers on the laughs and the shivers.

Also available: A messianic cult leader assembles a group of bikers to follow him to the end in the motorcycle extravaganza “J.C.” (Code Red/Kino Lorber); “H.P. Lovecraft’s The Deep Ones” (123Go) turns an oceanside rental into a sea god’s deadly portal; bring the Golem legend to feudal Japan, and you get The Damaijin Trilogy (Arrow); a quaint mountain town hides deadly secrets in “Feed the Gods” (Bleiberg Entertainment).

“The Time Guardian” (Scorpion/Kino Lorber) might be a somewhat schlocky 80s action-adventure, but at least it offers Carrie Fisher and Dean Stockwell; Dario Argento’s legendary giallo classic “The Bird with the Crystal Plumage” (Arrow) gets the 4K treatment; it’s all about family when a ruthless gang comes knocking in “Silat Warriors: Deed of Death” (Well Go USA Entertainment).

In “The Unholy” (Sony Pictures Home Entertainment), a woman becomes a faith healer without realizing that she might be a conduit for a force that’s anything but sacred; a brother and sister face their demons on a deadly road trip in “Threshold” (Arrow); a sushi chef gets drawn back into his previous gig as an assassin for one last job in “Hydra” (Well Go USA Entertainment). 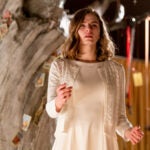 Long available on physical media or via streaming, Lizzie Borden’s unflinching and compassionate “Working Girls” looks better than ever in a new 4K restoration from The Criterion Collection. While Borden’s provocative and influential breakthrough debut “Born in Flames” uses raw and naturalistic storytelling, there’s a more fly-on-the-wall feel to this look at one woman’s workday in an upscale Manhattan bordello. It’s smart and subtle indie that offers one of American cinema’s most empathetic portrayals of sex work.

Also available: French thrillers don’t come sexier or more sun-dappled than the recently remastered “La Piscine” (The Criterion Collection); acclaimed cinematographer Gordon Willis shot “The People Next Door” (Scorpion/Kino Lorber), a very 1970s drama about a married couple facing the cracks in their relationship as they try to get their daughter off drugs; Paul Schrader’s Holocaust tale “Adam Resurrected” (Bleiberg Entertainment) went largely unseen in theaters but deserves a look, particularly for Ayelet Zurer’s riveting performance; one of the best Clint Eastwood films not directed by Clint Eastwood, “In the Line of Fire” (Sony Pictures Home Entertainment) gets a 4K release.

When American movies started depicting the Vietnam War, directors looked to Pierre Schoendoerffer’s influential “The 317th Platoon” (Icarus Films Home Video) as a template; Josef von Sternberg’s “Thunderbolt” (Kino Lorber Studio Classics) — featuring a script with contributions from both Mankiewicz brothers — comes to DVD and Blu-ray with a Nick Pinkerton commentary; Henry Fonda and Michael Parks face off over a murder frame-up in Don Siegel’s “Stranger on the Run” (Kino Lorber Studio Classics); in “The Black Marble” (Kino Lorber Studio Classics), Paula Prentiss and Robert Foxworth are a daffy delight as a pair of mismatched cops falling in love during a dognapping investigation.

The British Noir III (Kino Lorber) box offers a quintet of thrillers from the UK: “The Frightened Lady,” “Brass Monkey,” “Third Time Lucky,” “Tall Headlines,” and “Breakaway”; one of the few movies to fall into the Venn diagram of “Westerns” and “tear-jerkers” is the sentimental favorite “Shenandoah” (Kino Lorber Studio Classics); before “The Rules of the Game” and “Grand Illusion,” Jean Renoir was already a cinematic genius, as evidenced by his early films “Whirlpool of Fate” and “Nana” (both Kino Classics); before the name was repurposed for a “Simpsons” character, “The Great Gabbo” (Kino Classics) was a one-of-a-kind musical starring the one-of-a-kind Erich von Stroheim.

Finally, sate your ’90s nostalgia with this quartet of releases: Miramax was once infamous for buying films off the festival circuit and then shelving them to prevent them from being competition, so if you’ve never heard of “Royal Deceit” (Bleiberg Entertainment) — starring Christian Bale, Kate Beckinsale, Helen Mirren, Gabriel Byrne, and Brian Cox, and directed by Gabriel Axel (“Babette’s Feast”) — that’s why; writer-director Noah Baumbach had one of his early breakthroughs with the rom-com “Mr. Jealousy” (Moonstone Entertainment); ensemble casts don’t come more Lollapalooza-era than “The Last Time I Committed Suicide” (MVD Visual): Thomas Jane, Adrien Brody, Keanu Reeves, both Claire Forlani and Gretchen Mol; “Clay Pigeons” (Kino Lorber Studio Classics) features Joaquin Phoenix, Vince Vaughn, and Janeane Garofalo in a very post–“Blood Simple” tale of deception and murder.

Pour yourself a double and settle in with “Drunk History”: The Complete Series (Comedy Central/Paramount), a box set that features an astonishing array of comedic talent (including the likes of Amber Ruffin and Drew Droege on the cusps of their eventual breakthroughs) either boozily recounting moments from history, or wobbling through hilarious recreations of same. It’s a strange concept for a show, making it so noteworthy that all involved made it last for several seasons.

Also available: Bryan Cranston returned to the small screen with the courtroom drama “Your Honor” (Showtime/CBS/Paramount), and this DVD collection features never-released deleted scenes; I’m a big booster of the TV movies of yore getting reissued on Blu-ray, so it’s a treat to see a new release of the Lindsay Wagner time-travel romance “The Two Worlds of Jennie Logan” (Scorpion/Kino Lorber); the zombies just keep coming in “The Walking Dead: World Beyond” – Season One (AMC/RLJE).