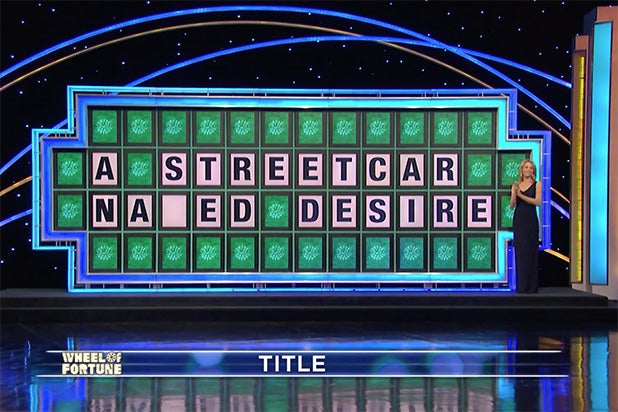 A contestant on “Wheel of Fortune” completely blew it on Tuesday, eliciting shocked gasps from the studio audience.

After confidently solving all but one letter of the puzzle, Kevin screwed up the title of the Pulitzer-winning Tennessee Williams play “A Streetcar Named Desire,” guessing the letter “K” instead of the very, very obviously correct answer, “M.” To be fair, you can see how he got there.

Even host Pat Sajak was stunned into silence by the flub, only able to choke out a short “no” before moving on to the next player, who solved the puzzle no problem.

Dude on Wheel of Fortune just thought the play was called "A Streetcar Naked Desire." This is the highlight of my sick day.

Nothing’s funnier to me than Wheel of Fortune fails. Unlike Jeopardy it’s literally spelled out for you https://t.co/e2rVTzsGTO

Hey, Wheel of Fortune contestant who just tried to fill in A STREETCAR NA_ED DESIRE with a K, DM me – I'll buy you a beer or 20. pic.twitter.com/h1o5104fni

Dude on Wheel of Fortune had to solve this:

He asked for a K.