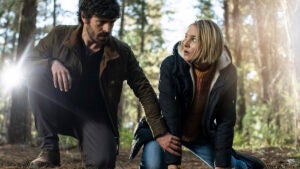 Netflix and Amazon Prime vie for this week’s top spot

It looks to be time for “The Wheel of Time.”

In the first full week following its premiere, Amazon Prime’s fantasy series “The Wheel of Time” showed strong viewer-demand growth, according to TheWrap’s weekly study of Parrot Analytics’ data about in-demand new TV show. The show, based on the fantasy book series of the same name, was the second most in-demand new series this week, with 45.2 times the average series’ demand. Demand for the show peaked on Nov. 21, two days following its premiere, when it had 48.7 times the average series demand compared to other shows that debuted in the last 100 days on a broadcast, cable or streaming network.

“The Wheel of Time” is scheduled to drop weekly episodes until the end of December, almost guaranteeing that it will hold onto audiences’ attention through the end of the year.

Netflix’s animated series “Arcane” remained at the top among all new TV shows. The “League of Legends” spinoff’s demand grew by 8.6% from last week following the final episode drop on Nov. 20. Netflix’s strategy of releasing episodes in batches across three weeks seems to have worked as demand for this show grew each week.

The newest premiere in the ranking this week is “Hawkeye,” which premiered on Disney+ on Nov. 24. It is likely that this show will soon be battling with “The Wheel of Time” for the top spot. The three other live-action Marvel series that came before it on Disney+ are all contenders for the most in-demand premieres of the year.

Showtime’s “Dexter: New Blood,” a continuation of “Dexter,” which ended in 2013, was the seventh most in-demand new show this week, with 20.4 times the average series demand. The sequel series premiered on Nov. 7, but has seen strong growth in demand over the past week as new audiences discover the show and existing “Dexter” fans come home.