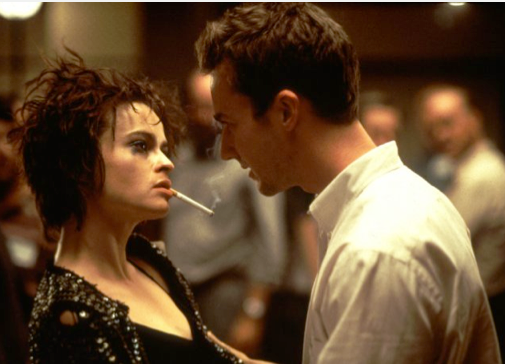 I met Laura Ziskin, who died on Sunday, numerous times, interviewing her for daily newspapers but also for my first book, “Rebels on the Backlot.”

Laura was a producer on “Fight Club,” one of many important movies on which she was a prime mover, before her life as “SpiderMan” producer overshadowed most everything else she’d done previously.

“Fight Club” was a difficult movie to get made – dark, nihilistic and psychically violent. Laura thought the message of the movie about modern manhood was important, and fought to get it made when she was running Fox 2000. Bill Mechanic, who ran big Fox at the time, was on her side.

But director David Fincher didn’t make it easy for her.  From the book:

“Ziskin was an enthusiastic supporter of Fincher’s vision for the film. But even she  had some limits. In the book and in the script, after Marla  (Helena Bonham Carter) and Tyler (Ed Norton) meet and have sex for the first time, Marla turns to him and says, ‘I want to have your abortion.’ The line made Ziskin cringe. She thought it crossed the line of good taste – though one could argue that the point of the film was to do just that – and would alienate viewers. It alienated her. Fincher refused. He told her, ‘You approved the script, you approved the cast and the budget. We’ll shoot it, and if it’s too offensive, we’ll let the audience tell us that.’

The line was shot as written and at the test screening, it got a big laugh from the audience. Still, Ziskin came back to Fincher. ‘Look it got a laugh,’ she said. ‘I don’t have a leg to stand on. But I’m begging you, please. It’s too offensive. You have to take it out.’

Fincher seemed to take perverse pleasure in tormenting studio executives. ‘Ok, here’s what I’ll do,’ he said. ‘I will shoot something else to replace that line, but you have to promise me that I have the final say on whatever that is. I get to come up with the replacement.’

Ziskin replied, ‘Anything. Nothing could be worse than ‘I want to have your abortion.’ Go ahead.”

Fincher reshot the moment, in which Marla says instead, ‘Oh my God, I haven’t been fucked like that since grade school.’ He cut it into the movie, and when it was screened for an audience it got an even bigger laugh than the abortion line.

Ziskin approached him after the screening. “Please, my God,” she begged. “Put the abortion line back in.” (pp 268-9 in “Rebels on the Backlot,” Harper Enertainment, 2005)