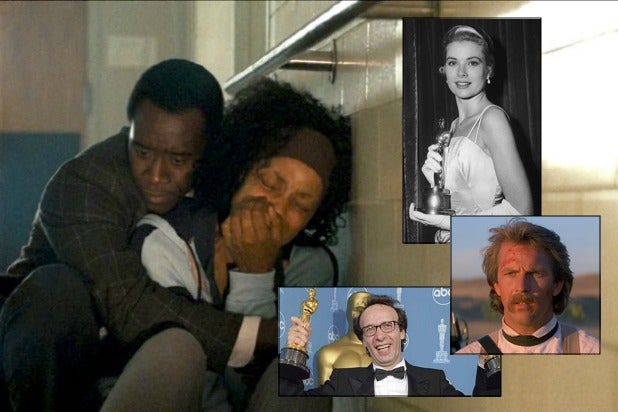 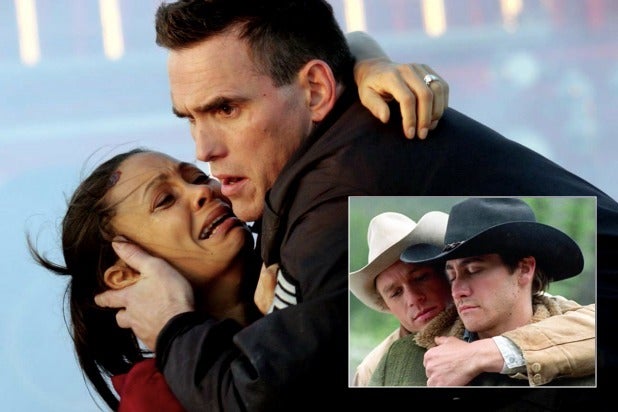 Best Picture: “Crash” over “Brokeback Mountain” (2005)  Fifteen years later, this one still stings. A genuinely great film, one that’s both historically significant and still emotionally powerful, gets beaten by a gimmicky movie that takes an important subject and grinds it into ham-fisted theatrics and excessively on-the-nose writing. There are many theories behind the “Crash” win -- from its studio’s blanket coverage of awards voters with early DVD screeners to older Hollywood veterans refusing to watch the gay-cowboy movie -- but no matter why it happened, it was as much a mistake then as it is now. 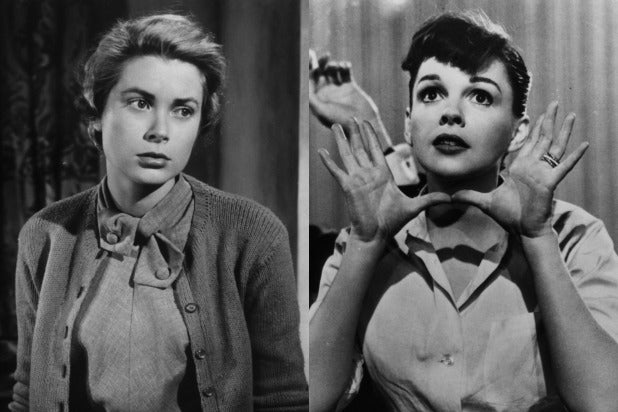 Best Actress: Grace Kelly, “The Country Girl” over Judy Garland, “A Star Is Born” (1954)  Garland’s character in this musical remake wins an Oscar, but the actress was denied one in real life, despite giving a performance that still feels as raw and powerful 65 years later. Kelly is doing fine work, although not anywhere near Garland’s level; she did, however, follow the stratagem employed by so many ravishingly beautiful leading men and ladies -- take off the makeup and put on an unflattering wig so that voters can quantify how hard you’re acting. 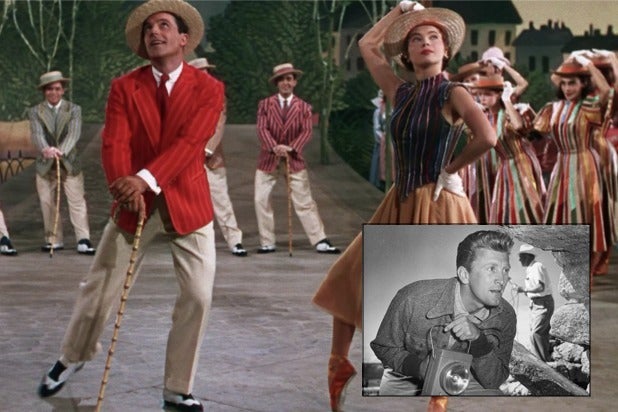 Best Original Screenplay: “An American in Paris” over “Ace in the Hole” (1951)  Admittedly, when it comes to big MGM musicals starring Gene Kelly, I’ve always preferred “Singin’ in the Rain” to this Best Picture winner. But even fans of “An American in Paris” will grant that the screenplay is not a particular standout here. (This is the kind of win that happens when a popular movie creates a sweep.) The writing is much more notable in Billy Wilder, Lesser Samuels and Walter Newman’s script -- also known as “The Big Carnival” -- about a cynical journalist exploiting human tragedy to sell papers; it’s a story that’s remained all too relevant, served up with some of the cinema’s greatest hard-boiled dialogue. 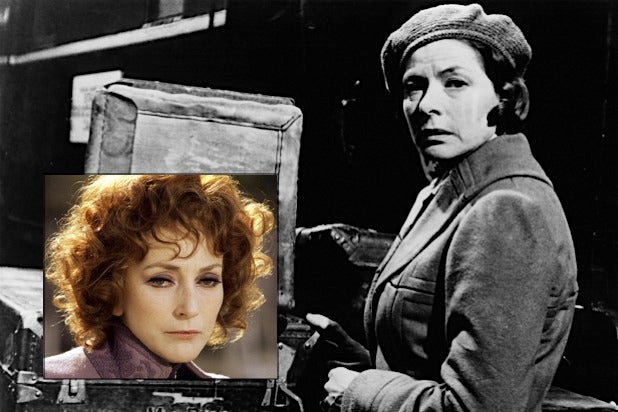 Best Supporting Actress: Ingrid Bergman, “Murder on the Orient Express” over Valentina Cortese, “Day for Night” (1974)  Bergman is one of the screen’s all-time greats, but as someone (maybe Katharine Hepburn, but no one seems sure) once noted, “The right people win Oscars, but almost never for the right movies.” Her work in this all-star whodunnit is perfectly fine, but it barely ranks among her own best performances (including her previous Oscar-winning role in “Anastasia”), let alone the finest examples of that year. Cortese, another veteran actress, had an exemplary turn in François Truffaut’s classic movie about moviemaking, as an aging star whose outsized personality hides her panic over losing her abilities. 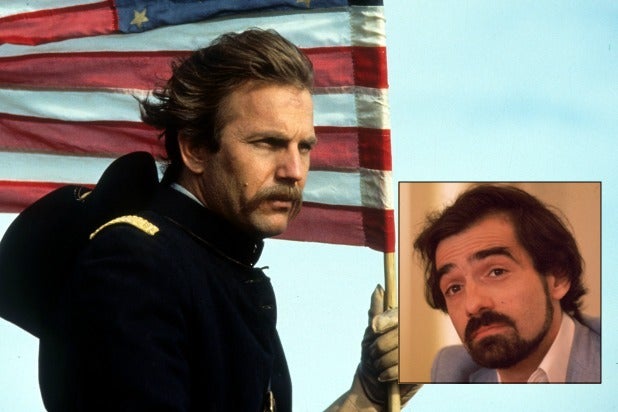 Best Director: Kevin Costner, “Dances With Wolves” over Martin Scorsese, “Goodfellas” (1990)  Never underestimate the power of the actors’ branch of the Academy, which often loves to support one of their own when they make the leap behind the camera. Just ask Martin Scorsese, who lost his “Raging Bull” Best Director nomination to Robert Redford for “Ordinary People,” and then went through the same thing a decade later opposite Kevin Costner. Not that Costner’s (and Redford’s) work isn’t worthy of note, but come on -- in terms of degree of difficulty and boldness of vision, there’s no contest. 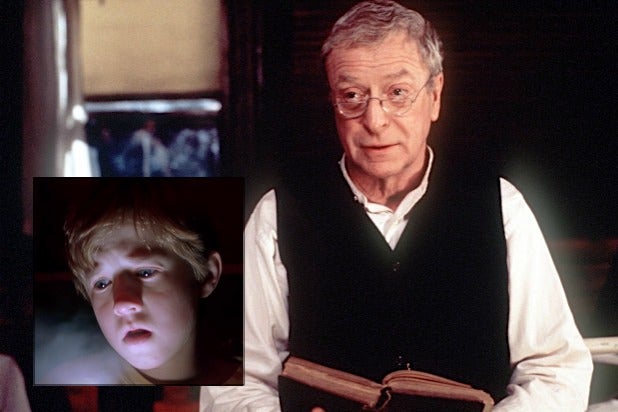 Best Supporting Actor: Michael Caine, “The Cider House Rules” over Haley Joel Osment, “The Sixth Sense” (1999)  In his acceptance speech for his second Oscar, Caine graciously noted, “Haley, when I saw you, I thought, ‘Well, that’s me out of it.’” And he was right to think so -- when we remember of the many high points of Caine’s storied film career, no one immediately mentions “The Cider House Rules,” whereas Osment’s brilliant turn as a child who sees dead people became immediately iconic and has remained so over the decades. (For all the recent discussion about what a bold and groundbreaking year of cinema 1999 was, it’s also worth remembering that a creaky movie like “The Cider House Rules” could still manage to score seven Oscar nominations and two wins.) 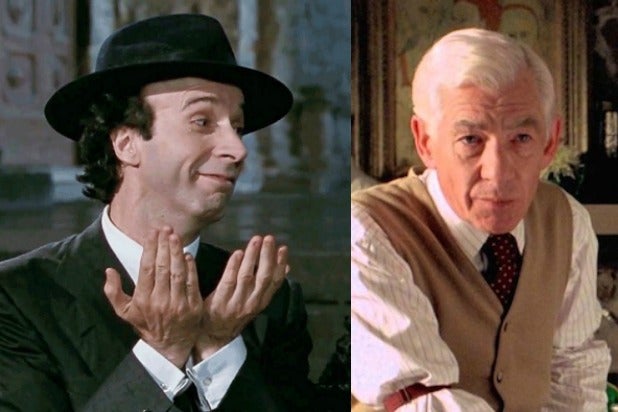 Best Actor: Roberto Benigni, “Life Is Beautiful” over Ian McKellen, “Gods and Monsters” (1998)  One of the biggest beneficiaries of disgraced mogul Harvey Weinstein’s skill at managing an Oscar campaign is writer-director-star Roberto Benigni, whose squicky “Life Is Beautiful” somehow got taken seriously as an important piece of Holocaust cinema. The film was nominated for seven Oscars and won three, including a Best Actor trophy for Benigni’s broadly mugging performance, an accolade that should have gone to McKellen’s quietly desperate portrait of aging gay director James Whale. 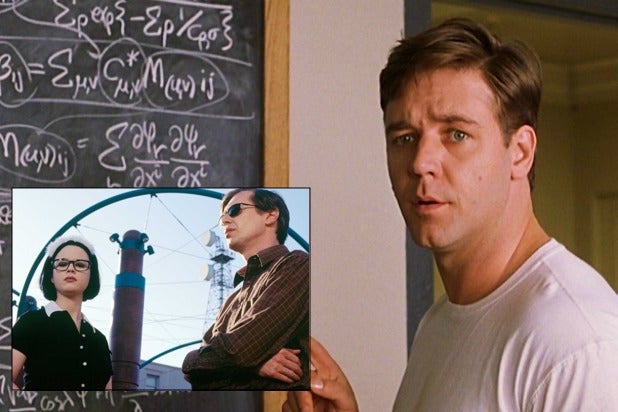 Best Adapted Screenplay: “A Beautiful Mind” over “Ghost World” (2001)  The “Beautiful Mind” script serves up biopic clichés and clumsy treatment of mental illness with a side order of ridiculous third-act twists, but Daniel Clowes and Terry Zwigoff’s “Ghost World” (based on Clowes’ graphic novel) is a sharply funny and mercilessly honest exploration of the end of adolescence and the off-putting, unknowable mysteries of adulthood. Its observations are perceptive and timeless, couched in dialogue that’s hilarious and quotable.
x
Looks like you're enjoying reading