(Warning: This post contains spoilers for Thursday’s series finale of “The Good Place.”)

“The Good Place” spent its last few episodes wrapping up the narrative missions that propelled the show’s last four seasons, first setting up a new version of the afterlife that allowed its characters the ability to finally earn their way into the Good Place, then inventing a new post-death death that keeps said Good Place from turning them into mushy-brained happiness zombies.

That left the plenty of room in the final hour to give each character their final bow.

Jason is the first to find himself ready to move on, after playing a perfect game of Madden and having one last dance party in their old neighborhood. “I had this calm feeling,” he tells Eleanor and Chidi, “like the air inside my lungs was finally the same as the air outside my body.”

The only thing holding him up is a fear that Janet will forget him once she moves on and falls in love with Jason Momoa or Lara Croft, Tomb Raider. After a brief 1,000 bearimys in the forest contemplating the universe and thinking about Janet, he finally leaves her with a “J+J” necklace to remember him by and steps through the door. 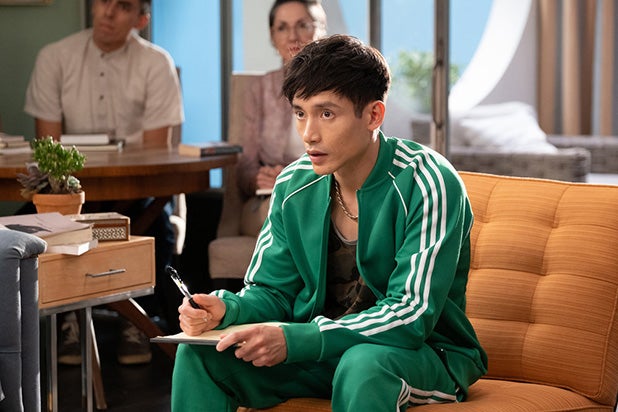 Tahani makes a Nick Offerman-approved chair, finishes repaving her driveway, as well as the rest of her to-do list, but it’s the arrival of her parents in the Good Place that makes her finally feel ready to move on. But Tahani doesn’t want to go the way of Jason and the others, she has one more thing she never got to learn how to do — be an afterlife architect. So, after throwing her own goodbye party and turning the tables by problematically objectifying Eleanor, Tahani takes on the only role she has yet to play: intern.

Also Read: 'The Good Place' Star D'Arcy Carden Joins Amazon's 'A League of Their Own' Series

Eleanor and Chidi have a nice dinner with their friends from Earth (including his ex-flame Simone), but once they realize they’ve started to run out of books to read and stories to share with each other, Eleanor starts to worry that Chidi’s ready to go. Against Janet’s advice, Eleanor and Michael embark on a mission to remind Chidi that the Good Place is still good. She takes him on a whirlwind tour of his favorite places to do his favorite things in his favorite weather (overcast and slightly chilly, perfect for staying inside and reading). 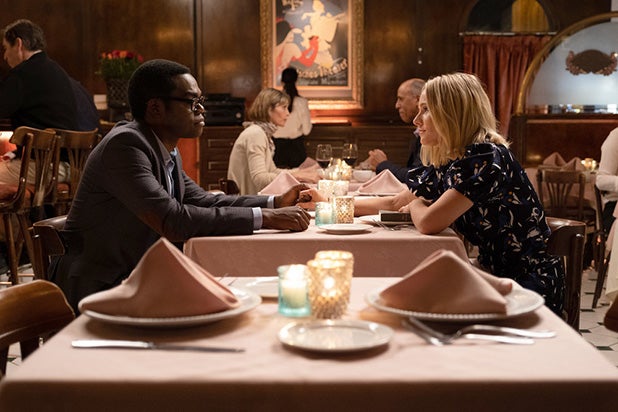 But after convincing him to stay for a while, Eleanor realizes that she’s being selfish. All of Chidi’s philosophy lessons have sunk in. She has no moral justification for asking him not to leave. “I owe it to you to let you go,” she says.

Eleanor and Chidi share one last sunset, and then he’s gone, leaving only a sexy Chidi calendar in his place.

Eleanor goes to visit Mindy St. Clair and Galaxy-Brain Derek in the Medium Place, convincing her to go through the afterlife rehab system and earn her way into the Good Place. “There’s greater happiness waiting for you if you form bonds with people,” Eleanor says. “I think you have the ability to care.” 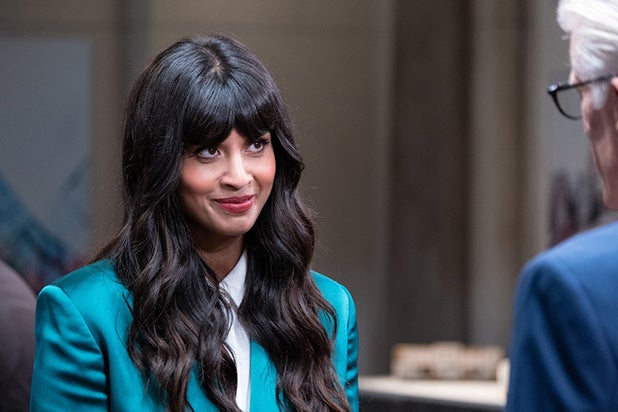 Before she can move on, though, Eleanor has one last job to do. Michael has grown stagnant in the afterlife, feeling a similar kind of loneliness with all of his human friends leaving. Eleanor makes one more pitch to Judge Gen: Complete Michael’s transformation from demon lava slug to human. Let him live the human life he’s always wanted, so that when someone says “Take it easy,” he can reply, “Take it sleazy.”

With that accomplished, Eleanor walks through the door and returns her essence to the universe.

But “The Good Place” wouldn’t be “The Good Place” if it didn’t dole out one last twist. Once Eleanor’s essence dissolves into the universe, it becomes little sparks of light that float back down to Earth, where she inspires others to try to be better too. 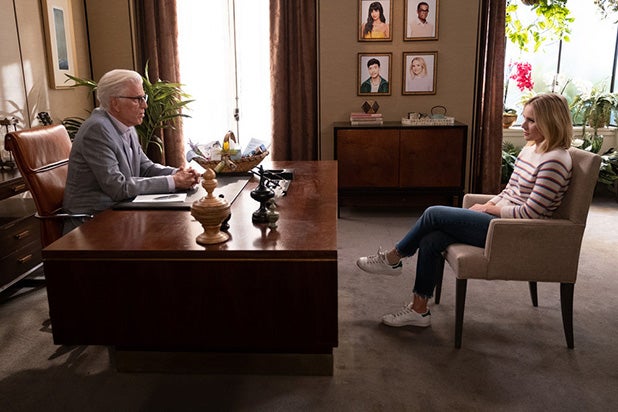 Thor the Bulldog dropped the hammer on the competition on Thursday, beating out 2,000 other dogs in taking home the top prize at the National Dog Show -- and likely setting himself up for a tasty Thanksgiving feast, too.

He wasn't the only cute pup that competed in the NDS this year, however.

Check out another picture of Thor in the next slide, followed by some of the other lovable hounds afterwards.