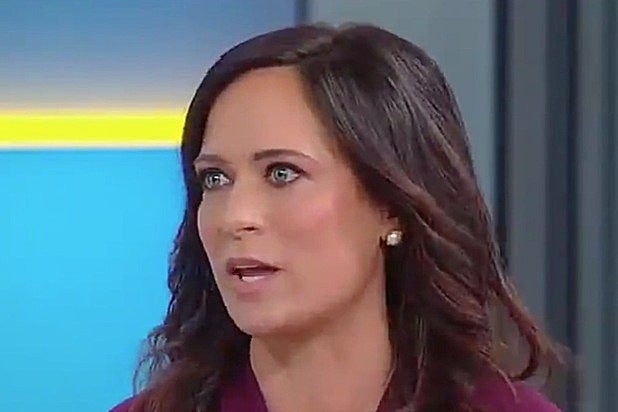 CNN’s media team took on White House press secretary Stephanie Grisham over the weekend, saying that she declines to come on the network’s Sunday show and doesn’t fulfill the “traditional duties” of her role.

In a statement to TheWrap Monday, Grisham responded by saying: “This weekend was no different than any other day when it comes to CNN.”

Her reaction came after CNN senior media reporter Oliver Darcy pointed out on Saturday that with Grisham at the helm of President Trump’s communications team, “It’s not like the old days.”

Last week on “Fox & Friends,” Grisham defended the president’s use of the words “human scum” to describe “never-Trump” Republicans. During a previous appearance on Fox News’ morning show, she confirmed daily press briefings will not be coming back. She said at the time some reporters were “getting famous off this presidency.”

During that appearance in September, Grisham reiterated her stance that Trump is his own best spokesperson, which she also said during an August appearance on Sinclair’s “America This Week.”

CNN’s chief media correspondent Brian Stelter noted during his “Reliable Sources” on Sunday that Grisham “acts more like a propaganda minister than a press secretary.” He highlighted her slamming former White House chief of staff as being “totally unequipped to handle the genius of our great president” and her likening the impeachment inquiry to “a mob-lynching type of situation” as examples.

On the show, in a subsequent tweet and, finally, in his nightly newsletter, Stelter posed Grisham a question: “If you are so proud and so confident in the ‘genius’ of ‘our great president,’ why don’t you restore the daily press briefings and tout his accomplishments and take questions?”

A spokesperson for CNN declined additional comment, but referred TheWrap to Darcy and Stelter’s statements from the weekend.

Also in Stelter’s newsletter: “Every week, the ‘Reliable Sources’ team invites Grisham on the program for an interview. Every week, she declines.”