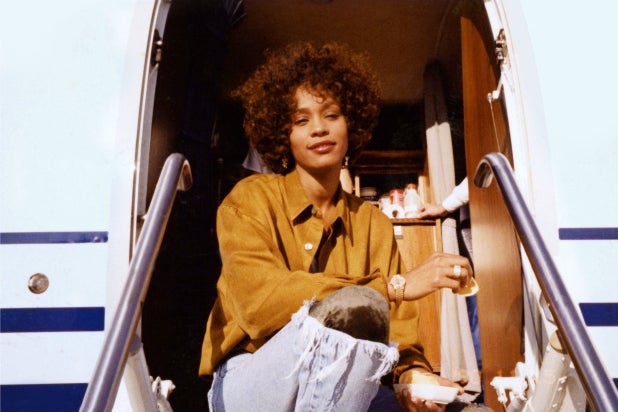 The Estate of Whitney E. Houston

There was something uniquely American about Whitney Houston’s career. Through her non-threatening music and pristine persona, she occupied a place in the country’s consciousness few other black figures had reached before her.

The white mainstream was eager to embrace her, while African Americans concurrently doubted her understanding of their struggles. Yet she often acted as a bridge between the two, as was beautifully exemplified in her emblematic rendition of “The Star-Spangled Banner” at the 1991 Super Bowl.

Such is one of many conflicting notions that plagued her unparalleled rise to stardom, her troubled private life, and ultimately her untimely death on Feb. 11, 2012. Serving as both a tribute to her privileged voice — for which she’s been dubbed the “best American singer in the last 50 years” — and a thorough examination of the many intimate battles she fought as a result of overwhelming fame and substance abuse, Kevin Macdonald’s documentary “Whitney” is a mostly somber and exhaustive portrait of an icon fallen from grace.

Early on, Macdonald (who won an Oscar in 2000 for “One Day in September”) reveals his intention to investigate any possible traumatic incidents that might have factored into Whitney Houston’s self-destructive behavior and proneness to engage in toxic relationships. He directly asks many of the film’s subjects, particularly family members, if they recall any neglect. The answer, at first, is always to dismiss any possibility of anything bad ever happening to “Nippy,” as her loved ones referred to her. The official narrative paints her as a happy girl from Newark who grew up singing in church and surrounded by a family of entertainers.

Cissy Houston, Whitney’s mother and a legendary performer herself, appears only in the first few minutes of the film, those dedicated to her daughter’s upbringing and how rigorously she was trained to succeed. As Whitney’s story unfolds and darkness surfaces, Cissy fades into the background and is never seen speaking about her child’s most painful, and unfortunately public, moments.

Instead, Macdonald fills in the gaps with dozens of testimonials from individuals who interacted with the superstar in all facets of her singular existence: aunts, siblings, former employees, managers, record company executives, family friends, “The Bodyguard” co-star Kevin Costner, and even the infamous Bobby Brown. Access is truly Macdonald’s main resource here, something that, for better or worse, last year’s “Whitney: Can I Be Me” didn’t have in such hefty quantities.

One major absentee, however, is Whitney’s long-time friend and collaborator Robyn Crawford, who only appears via archival footage. Their closeness sparked rumors regarding Whitney’s sexual orientation and her viability as a wholesome product for the American masses. Crawford, an out lesbian today, was demonized by the men in Whitney’s life and eventually receded following years of altercations with Bobby Brown. Thankfully, even if Crawford is never on camera to share her account, the film partly vindicates her as Whitney’s creative and emotional anchor.

Much less flattering is the way in which Whitney’s brothers Gary Garland and Michael Houston present their perspectives on a variety of issues pertinent to their famed sister. Their blatant homophobia is on display, as is their admission that they introduced Whitney to drugs. Interestingly enough, both are more concerned with any insinuation that they may have taken advantage of the status and opulence Whitney provided, rather than any regarding their bigoted views.

To Macdonald’s credit, he is persistent on specific topics when interviewing the Houston brothers, and even more so with Bobby Brown, who adamantly refuses to talk about Whitney’s drug addiction and his significant part in it. Regarding John Russell Houston, the singer’s father, the film lets those who knew him take charge and the result is not in his favor. Once everything is said and done, most of those in Whitney’s periphery come across as opportunistic bloodsuckers.

Assembling this doc was surely a gargantuan undertaking by editor Sam Rice-Edwards, who makes his debut cutting a feature, as he managed to piece together a comprehensive, if not entirely cohesive, two-hour work from countless hours of behind-the-scenes footage, talking-head conversations, live performances, news coverage, and family videos. One of Macdonald’s notable editorial decisions is his attempt to contextualize Whitney’s cultural prominence in relation to American history by interspersing clips of major events taking place simultaneously.

It’s a curious idea, but not entirely successful given the amount of moving parts at play.
Near the end of “Whitney,” when a major revelation is dropped on us about a traumatic episode in the artist’s childhood, Macdonald goes as far as to include the name of the alleged perpetrator, but his take becomes problematic because of the implications that come along with this new information in terms of who Whitney chose to love. It’s too easy a catchall source for all her hardships.

“Whitney” is at its most powerful when it focuses on reminding us what we all lost, because the more you think about how outstanding her gift was, the more tragic her absence feels.