The Whitney Houston biopic “I Wanna Dance With Somebody” has rounded out its supporting cast. Teen actress Bria Danielle Singleton will portray the singer’s daughter Bobbi Kristina Brown, and Jimmie Fails will play comedy icon Eddie Murphy in the film, an individual with knowledge told the TheWrap exclusively.

Fails and Singleton will both play supporting parts, and they join a cast that’s led by Naomi Ackie as Whitney Houston in the musical biopic. The film is being made in coordination with Primary Wave Entertainment, a partner in Houston’s estate.

Kasi Lemmons (“Harriet”) is directing “I Wanna Dance With Somebody,” which will include a look at Houston’s life and career as well as an emotional journey through her music. The cast also includes Ashton Sanders as Bobby Brown, Tamara Tunie, Nafeesa Williams and Clarke Peters.

Bobbi Kristina Brown was born to Houston and Brown in 1993. She was often in the public eye and appeared on the reality show “Being Bobby Brown.” And she was just 14 when her parents divorced and Houston gained custody, eventually becoming the sole beneficiary of her estate when Houston died in 2012. Brown also tragically died in July 2015 at the age of 22 after spending six months in an induced coma. 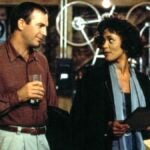 As for Murphy, Houston’s relationship with the comedian and actor was strictly friendly according to most accounts, but rumors always swirled that the two were romantically connected. In 2019, a book by Houston’s friend Robyn Crawford claimed that Houston in 1989 was infatuated with Murphy even as she was being pursued by Bobby Brown, and that she even tried to woo Murphy with no luck. Crawford also claims in the book that in 1992 on the morning of Houston’s wedding to Brown, Murphy called Houston to say “she was making a mistake” in marrying Brown.

Sony’s TriStar Pictures is handling distribution on the film and will release it in theaters on December 23, 2022.

Whitney Houston is the most awarded female music artist of all time and is one of the best-selling recording artists of all time, selling more than 200 million records worldwide. She won six Grammy Awards, 16 Billboard Music Awards, 22 American Music Awards and two Emmy Awards, and the soundtrack album for her film “The Bodyguard,” which includes her hit “I Will Always Love You,” remains the best-selling soundtrack album in history.

Jimmie Fails is best known as the star of “The Last Black Man in San Francisco” from 2019, which he co-wrote and starred in as a fictionalized version of himself in his debut film role. The semi-autobiographical film won Best Director at Sundance and was released by A24. He also appeared in the Netflix drama “Pieces of a Woman” with Vanessa Kirby, and up next he will star alongside David Oyelowo in the film “Solitary.”

Bria Danielle Singleton has appeared in episodes of “Better Things” and “Fresh Off the Boat” but is best known for starring in the Melissa McCarthy and Octavia Spencer film “Thunder Force” from this year. 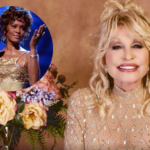