Warner Bros. is developing a new take on the 1992 film “The Bodyguard” that starred Whitney Houston and Kevin Costner. The studio hired Matthew López to write the screenplay, an individual with knowledge of the project told TheWrap.

López is the writer of the Tony-nominated play “The Inheritance,” and he’ll be tasked with updating the romantic drama “The Bodyguard,” which boasted the best-selling soundtrack album of all-time at 45 million copies and featured Houston’s megahit “I Will Always Love You.” The film, which was directed by Mick Jackson, also $411 million at the global box office and was nominated for two Oscars.

No cast has been set for López’s version of “The Bodyguard,” which has been floating around with various screen combo ideas for years. 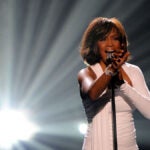 “The Bodyguard” is the story of a former Secret Service agent who takes the job protecting an R&B singer.

Lawrence Kasdan, who wrote the original film, will also produce for Kasdan Pictures, as will Dan Lin and Jonathan Eirich of Rideback. Rideback’s Nick Reynolds will executive produce.

López’s “The Inheritance” was directed by Stephen Daldry and premiered at the Young Vic in London in 2018, being heralded as “the most important American play of the century.” It eventually made its way to Broadway in 2019, where he was nominated for Best Play. 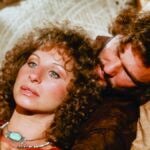