Barbra Streisand has walked back some of her initial praise for Bradley Cooper and Lady Gaga’s “A Star Is Born,” saying the 2018 remake was “the wrong idea” and was too similar to the version she made in 1976.

During the film’s production and awards cycle, Streisand gave the new “A Star Is Born” her blessing and praised Cooper and Gaga’s performances. But in an interview from this past weekend, she explained why she thought the new version didn’t stack up.

“At first, when I heard it was going to be done again, it was supposed to be Will Smith and Beyoncé, and I thought, that’s interesting. Really make it different again, different kind of music, integrated actors, I thought that was a great idea,” Streisand told The Project. “So I was surprised when I saw how alike it was to the version that I did in 1976.” 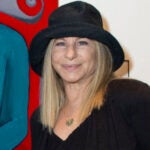 “A Star Is Born” has been remade four times — first in the ’30s with Janet Gaynor as a rising movie starlet, then with Judy Garland in the ’50s as another rising movie star, but in a musical. With her version, Streisand said she loved Garland’s performance but wanted to do something different, so she made the character a guitar-playing rock and pop star, with Kris Kristofferson playing the veteran, alcoholic rock star.

Cooper’s “A Star Is Born” most closely resembles that 1976 version, with Gaga also playing a rising pop star and Cooper portraying a Southern rock idol. Streisand previously said in 2018 that she envisioned a version that would cast people of color and use hip-hop music. And in fact, Clint Eastwood at one time eyed Beyoncé for the lead opposite Leonardo DiCaprio, while back in 2002, Will Smith reportedly courted Jennifer Lopez to star with him in another remake.

The 2018 version of “A Star Is Born” was nominated for eight Oscars, including Best Picture, and won one for Gaga’s Best Original Song, “Shallow.” The film also grossed $436 million at the worldwide box office. But despite its success, Streisand still attests it was the “wrong idea.”

“I can’t argue with success,” she said. “I don’t care so much about success as I do originality.”

Watch the full video of Streisand’s comments above. 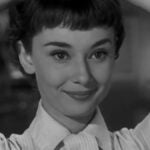