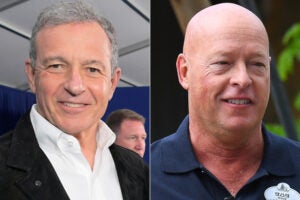 A microbiology major from Indiana, Chapek has spent nearly 30 years at Disney

Bob Chapek became only the seventh CEO of the Walt Disney Co. on Tuesday, making him the long-awaited heir to Bob Iger, who drove Disney to unprecedented success over the last 15 years.

Chapek has some Hulk-sized shoes to fill. Under Iger, Disney has had one of the most remarkable runs as a public company. Since he took over in 2005, Disney’s yearly net income has climbed from $2.5 billion to $13.1 billion, and the stock price has ballooned 450%.

So who is the man to whom Disney, its board of directors and Iger himself have entrusted the keys to the castle?

Chapek grew up some 25 miles south of Chicago in a little city along the lake, Hammond, Ind.

With more than 27 years of Disney leadership experience under his belt, Chapek ascends to the throne from Disney’s parks, experiences and consumer products division, which he oversaw as chairman.

“When I was growing up in Hammond, Ind., the son of a World War II veteran and a working mother, my parents would take us on a family vacation to Walt Disney World every year,” Chapek said during a call with investors on Tuesday. “That young boy could have never imagined that one day he would get the chance to lead this extraordinary company as the seventh CEO in its nearly 100-year history.”

Chapek’s ascension through the ranks at Disney, having started in the marketing division in 1993, is even more surprising considering he went to study microbiology at Indiana University after graduating high school in 1977.

Also Read: Why Bob Iger Says He Needs to Step Down as Disney CEO

He worked for Amoco oil company in Chicago before heading back to school to get his MBA from Michigan State. That sent him down a different path, in which he worked in brand management at H.J. Heinz Company, and in advertising at J. Walter Thompson before joining Disney.

“A lot of folks from the region, as we call it, are hard-working folks that are very practical and expect nothing to be given to them without having to work for it. That kind of attitude in any business will get somebody very far,” Chapek told The Northwest Indiana Times in 2006. “I was never star-struck or smitten with Hollywood. It’s just that over time that kind of comes with the territory. In business, you always deal with your product. In our case, the product is film. And what makes that product possible? The stars.” 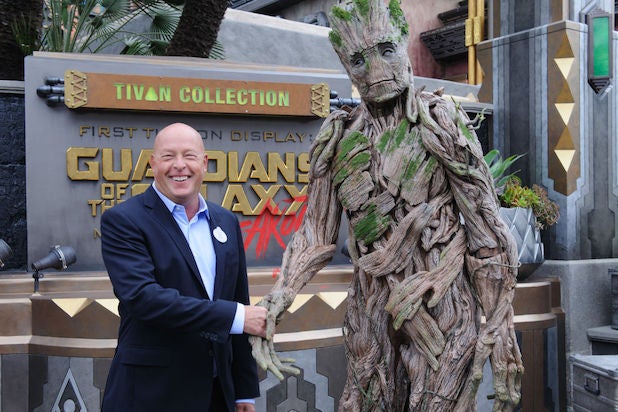 Chapek was among the three top Disney executives in the running for the top job, beating out Walt Disney Television chairman Peter Rice and Kevin Meyer, who oversees Disney+ and the company’s other streaming services.

“We actually identified Bob quite some time ago as a likely successor to mine,” Iger said during the company’s call with investors.

From 2009 to 2011, Chapek served as distribution head for the film studio before a stint as head of Disney’s consumer products. In 2015, Chapek was tapped to oversee Disney’s beloved theme parks, attractions and resorts around the globe — and in 2016 the massive endeavor of opening Shanghai Disneyland.

“Bob Chapek is the right choice,” said media analyst Michael Nathanson. “He has the experience across key divisions and the personality for this job.”

As chairman of the parks and resort division, Chapek had dominion over Disney’s largest business segment, more than 170,000 employees worldwide. In 2018, the parks and resorts segment brought in $20.3 billion in revenue, up 10% from 2017 and nearly 20% from 2016. In 2018, Disney created the new division of parks, experiences and products and put Chapek in the captain’s chair there as well. Last year, that segment brought in $26.2 billion in revenue.

While there have been knocks against Chapek’s creativity in the past, one former Disney executive who worked with Chapek and who talked to TheWrap in November praised him for his business acumen and cost-cutting skills.

“What he did in consumer products, what he did at parks is extract good margins out of businesses by reducing costs,” the individual said.

And as a show of what Disney has deemed essential, the last major heir apparent was Tom Staggs, who before becoming chief operating officer proceeded Chapek as chairman of Disney’s parks and resorts.

Disney fans are a passionate bunch and while there’s plenty of good to say about Chapek’s tenure running the parks division, there are also plenty of critics who voice their concerns via Reddit, Twitter and other social media regarding changes made to Disney theme parks.

Slashfilm founder Peter Sciretta tweeted Tuesday after the news of Chapek’s promotion: “For those of you who don’t know, Bob Chapek is basically treated as a robotic supervillain by the online theme park communities. He’s made some decisions, which many believe hurt the creative experience of the Disney parks.”

Chapek will have plenty of time to work with and pick up a thing or two from Iger, who has moved over to the executive chairman role and will oversee all of Disney’s creative endeavors throughout the rest of his contract until the end of 2021.

“I share Bob’s commitment to creative excellence, technological innovation and international expansion, and I will embrace these same strategic pillars going forward,” Chapek said during the call. “Bob has been great in terms of giving me exposure across many segments of the company. I’ve had a fairly broad overview of how the company operates regardless of all of the different industries we work in.”