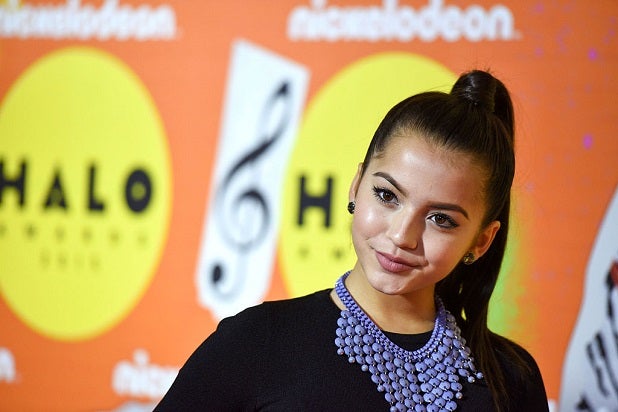 Isabela Moner is being eyed for a headlining role in Michael Bay‘s “Transformers 5.” TheWrap’s Jeff Sneider reports that director Michael Bay is looking to add Moner as a kid from Chicago name Izabella, who is “a street-smart tomboy who grew up an orphan and counts a small Transformer as her only friend.”

But wait, who is Isabela Moner? I’m glad you asked, because I’m gonna tell you.

Moner is a 14-year-old actress and singer from Cleveland, Ohio who currently appears as the star of the Nickelodeon show “100 Things To Do Before High School.” She’s also slated for the lead role in the cable network’s “Legends of the Hidden Temple” TV movie. And she voices Kate on the animated Nickelodeon series “Dora and Friends.”

Her other screen credits are sparse — because, hey, she’s 14 — and include appearing in seven episodes of the quickly canceled JK Simmons sitcom “Growing Up Fisher” on NBC and a Nickelodeon TV movie called “Splitting Adam.”

Outside of the screen, Moner made an appearance in a small role in a revival of the Broadway music “Evita” as an alternate in 2012. As a singer, Moner has released one studio album, “Stopping Time,” which hit in late 2015.

And now she’s being eyed for a “Transformers” movie. That movie series is produced by Paramount– both it and Nickelodeon are subsidiaries of Viacom. It’s likely not a coincidence that a rising Nickelodeon star would be picked up for Paramount’s biggest film franchise.