There are pained looks and tiptoeing assistants inside the halls of Summit after the debacle of “Bandslam” this past weekend (a $2.3 million take), followed by the embarrassing slam from an insider who accused the studio of botching the movie’s marketing.

“Death by marketing,” accuses the letter, posted on DHD. “Rob Friedman (sic) and Summit infantalized their audience." The movie was marketed as High School Musical lite, when it was more like The Commitments, says the writer – who knew plenty of details and also slams marketing chief Nancy Kirkpatrick.

No one inside Summit yet knows who wrote the letter – was it director Todd Graff? Writer Josh Cagan? Producer Elaine Goldsmith-Thomas? But it has caused enough discomfort for the studio to issue this statement to TheWrap on Wednesday: 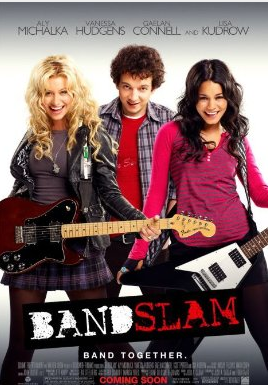 “It appears that there is a group out there trying to stir up trouble or controversy. If anybody with the film wants to debate, we’re happy to, as long as they’re on the record.”

Who messed up here? A movie starring "High School Musical’s" Vanessa Hudgens, with a musical theme, does suggest an obvious line of marketing — which is the road the studio took.

“From the minute that Vanessa Hudgens and Aly Michalka were cast, Disney girls, that became the obvious hook,” said one person related the movie. (No one would speak on the record, with apologies.) “That became the biggest thing in the movie. My guess is any studio would’ve done that.”

But as other some studio insiders are pointing out, in today’s world of fragmented audiences, this wasn’t the only way to go.

It was possible to market the Disney-fied version of the film to one audience – teenaged girls – while still finding a way to reach an audience intrigued by characters like a guy named Bug, and girl with a 5 in the middle of her name (but the 5 is silent).

With the variety of niche marketing approaches available these days, one audience need never have known about the other. (I note that “Inglourious Basterds” is being marketed to men young and old in the main; but the cover of People magazine with Brad Pitt and Angelina Jolie was a major PR play for women.)

“They may have been better off with two parallel campaigns,” said another disappointed insider. “These days you can hit a certain audience, and hit another audience, and neither would know they were hit. It’s so fragmented now.”

That would have been a good way to mollify Goldsmith-Thomas and Graff, who fought hard to sell the movie as an ironic, indie music film – on the order of Cameron Crowe’s "Almost Famous."

They fought hardest when Summit’s Rob Friedman changed the original title of the film, “Will” – which the director and producer thought was ambiguous and edgy – to “Rock On.”

They pushed hard against that, and instead Friedman imposed “Bandslam.”

Toward the movie’s release as the tracking looked poor (even though the reviews were good), I’m told Summit – a bottom-line oriented place — scaled back its marketing spend.

It is a movie business, as they say. But there were no winners here.