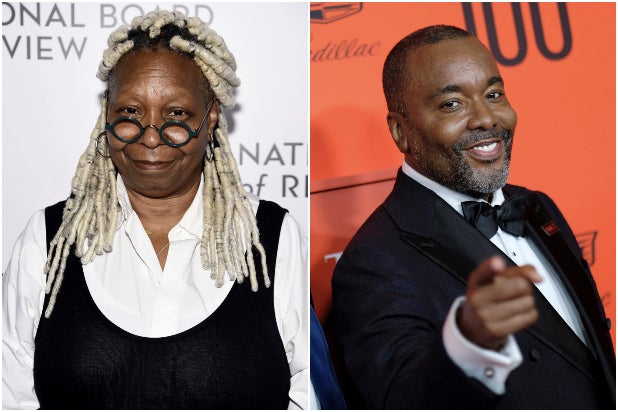 The Academy of Motion Picture Arts and Sciences has launched a series of virtual panels aimed at addressing issues of race and gender equity in conversations led by Whoopi Goldberg, Lee Daniels and others.

The series called “Academy Dialogues: It Starts With Us” is part of the Academy Aperture 2025 equity and inclusion initiative and is a step toward the Oscars’ continued push for more diversity. The series kicked off with a virtual chat between Goldberg and civil rights attorney Bryan Stevenson that was held on July 21 and is available online now.

The conversations are focused on industry-wide systemic changes in Hollywood about race, ethnicity, gender, history, opportunity and the art of filmmaking more broadly that will be needed to create jobs in the film business for women and people of color.

“With our ‘Academy Dialogues’ series, the Academy is creating a space for our members – and the public – to talk about inclusion in a way that is timely, relevant and allows for a meaningful exchange on how to bring systemic change to Hollywood,” Lorenza Muñoz, EVP, member relations and awards, said in a statement. “These conversations may be uncomfortable for some, but they are necessary to broaden the stories that are getting told and increase opportunities for those who have been excluded.”

You can find a full list of the conversations as part of the “Academy Dialogues” series below and more information about updates here.

Academy Dialogues: “The Power of Narrative”
The first presentation in this ongoing series, “The Power of Narrative,” took place on July 21 for Academy members and featured a live conversation between Academy governor Whoopi Goldberg and civil rights attorney Bryan Stevenson, founder and executive director of the Equal Justice Initiative.  They discussed the role of narrative storytelling in addressing racial and ethnic inequity and touched upon the lasting impact of racist tropes and harmful stereotypes in Hollywood films.  This conversation is now available on YouTube.

Academy Dialogues: “Native Son”
The Academy will present a conversation with Oscar®-nominated director Lee Daniels (“Precious: Based on the Novel ‘Push’ by Sapphire”) and Oscar-winning writer Tarell Alvin McCraney (“Moonlight”) about their personal and professional journeys navigating the film industry as Black gay men.  Emil Wilbekin, media executive and founder of Native Son, a networking group for professional Black gay men, will moderate the discussion.  Available on YouTube on August 27.

Academy Dialogues: “Owning Our Stories”
Bird Runningwater, director of the Indigenous Program at the Sundance Institute, will moderate a conversation with writers Misan Sagay (“Belle”) and Ligiah Villalobos (“Under the Same Moon”) and filmmakers Elle-Máijá Tailfeathers (“The Body Remembers When the World Broke Open”) and Lulu Wang (“The Farewell”) on the role that gatekeeping at the studios and production companies has played in preventing authentic stories from being told.  Available on YouTube on September 3.

Academy Dialogues: “The Erasure of Latinos in Hollywood”
Latinos are the largest ethnic group in the United States, representing 18% of the population, and yet – whether it is in front of the camera, behind the camera or in executive positions – they are largely missing from America’s storytelling.  Moderated by Muñoz, this discussion will explore identity, the complexity of being Latin, the legacies of colonialism, and, most importantly, solutions for inclusion.  Panelists include Executive Vice President, Production, Marvel Studios Victoria Alonso, casting director Carmen Cuba (“The Martian”), director Nadia Hallgren (“Becoming”), founder/president, American Entertainment Marketing and co-founder, LA Collab Ivette Rodriguez, among others.  Available on YouTube on September 10.

Academy Dialogues: “ICON MANN: We Are the Culture”
In partnership with ICON MANN, a media and consulting company committed to positively transforming the dialogue and image of Black men, the Academy will present a town hall focused on the Academy’s Black membership and the challenges to representation and inclusion in the industry, moderated by Shawn Finnie, the Academy’s associate director of member relations and outreach.  Panelists include Oscar-nominated actor and filmmaker Taraji P. Henson (“The Curious Case of Benjamin Button”), actor Delroy Lindo (“Da 5 Bloods”) and writer-director Gina Prince-Bythewood (“The Old Guard”), among others.  Available on YouTube in September.

Academy Dialogues: “ICON MANN Part Two: Investing in Yourself”
Presented in collaboration with ICON MANN, this discussion will explore taking ownership and control of one’s stories and content to find success outside of the traditional Hollywood system.  In conversation with Franklin Leonard, founder of the Black List, panelists include producer and Academy governor DeVon Franklin (“Breakthrough”) and producer Debra Martin Chase (“Harriet”), among others.  Available on YouTube in September.

Academy Dialogues: “Documentaries Through Our Own Lens”
Although the field of talented documentarians is among the most diverse in the entertainment industry, opportunities to tell their stories continue to be a challenge for people from underrepresented racial and ethnic communities.  Academy governor and Oscar winner Roger Ross Williams (“The Apollo”) will moderate a discussion on the systemic changes that need to occur for marginalized communities to be able to tell stories through their own lens.  Panelists include filmmakers Lisa Cortés (“All In: The Fight for Democracy”), Bao Nguyen (“Be Water”) and Dawn Porter (“John Lewis: Good Trouble”).  Available on YouTube in October.

Academy Dialogues: “Color-Conscious Casting”
There is a long history of casting decisions that have severely limited the opportunities for actors of color to stereotypes and minor roles, echoing the overtly racist use of blackface in “classic” films, and there remains a ripple effect of Hollywood’s discriminatory history in hiring practices today.  The creative collaboration between casting directors and filmmakers offers a tremendous opportunity to better reflect, on screen, the world as it truly is.  This frank conversation will look back at the effects of inequitable and biased casting and look forward to the ways inclusion and authenticity can enrich both our movies and our culture.  Available on YouTube in October.

Academy Dialogues: “How Would Gender Parity Change Hollywood?”
Since film is one of the most far-reaching and impactful artforms, what needs to happen for women and girls to see themselves reflected in stories and to find more role models on the screen and behind the camera? How would increasing the number of female directors, producers, executives and others in decision making positions usher in work culture that allows full expression of women’s abilities, leadership skills, intellect and strength? Studies have shown that workplaces with more equity, inclusion, and gender balance result in more collaboration, diversity of thought and higher productivity. This Academy Dialogue will dive into what true equity and inclusion means, how it will inevitably lead to a safer work environment and how to normalize and amplify female leadership and empowerment. Available on YouTube in October.

Academy Dialogues: “Broadening the Aperture of Excellence”
The Academy membership’s role as arbiter of excellence in film has been an influential and important one in the past 93 years.  This discussion will center on the importance of broadening the aperture through which cinematic art is viewed and how excellence comes in many forms.  Available on YouTube in October.