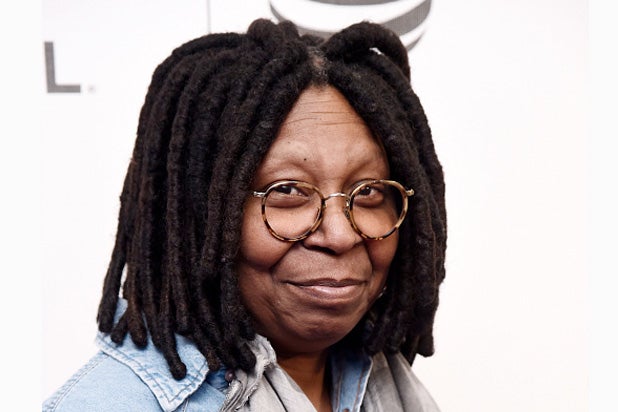 Whoopi Goldberg has re-upped her contract with “The View” for another year, the host announced Monday.

After extended negotiations, Goldberg announced on Twitter that she has officially signed on for the 2016-17 season of the ABC daytime talk show, and “will continue 2 annoy some, delight others.”

As TheWrap previously reported last month, Goldberg had been planning to leave the show at the end of this season, but experienced a change of heart and agreed to stay on for at least one more year.

Goldberg’s new agreement is likely a relief for the network, as “The View” heads into yet another period of transition heading into its 20th season. Last month, co-host Michelle Collins was sent packing after just one year on the show as a regular co-host. Sara Haines, frequent guest co-host and weekend edition anchor on “Good Morning America,” will reportedly join the show full-time.

ABC has not yet announced its intentions for two more current panelists, Raven-Symoné and Candace Cameron Bure. Joy Behar — who sat out two seasons before returning last year — is the sole remaining co-host from “The View’s” original 1997 lineup.

ABC’s morning lineup has faced a number of major changes this year, including the announcement in April that the network is moving Michael Strahan, former co-host of “Live With Kelly and Michael,” to “Good Morning America.”

Ok NOW it's official, I have re-upped for 1 year returning to @TheView 4 the 2016/2017 season. Will continue 2 annoy some, delight others

With reports that the star may exit the ABC daytime talker, TheWrap looks back at her most memorable moments

Defending Bill Cosby When actress Barbara Bowman came forward in 2014 accusing Bill Cosby of rape, Goldberg expressed skepticism and came to his defense. "I’m going to reserve my judgments because I have a lot of questions,” she said.
View In Gallery