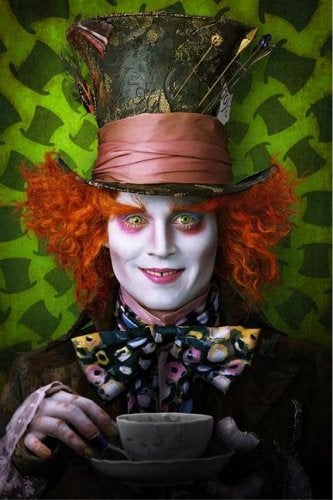 Nothing makes theatrical exhibitors more nervous than messing with their distribution windows.

But Walt Disney CEO Bob Iger did just that this week, when he implied following the release of the company’s   earnings that the studio would start shortening the theatrical window for its movies.

"The problem with waiting these days is that you’re dealing with a much more competitive marketplace than ever before," Iger told CNBC in an interview after the company’s quarterly numbers were reported.

"The sooner we put a product into the marketplace — the less vulnerable we are to piracy."

Exhibitors were furious, TheWrap has learned, and Disney has quickly been tap-dancing to clean up around Iger’s remarks.

It all started with a negotation by Disney with theater owners, to shorten the normal release window from four months to about three, to allow the studio to release the DVD earlier.

But that’s as far as it was supposed to go.

Instead, last Tuesday Iger implied that the recent decision to shorten the theatrical release window of the studio’s upcoming "Alice in Wonderland" was the start of a long-term shift in Disney’s approach to distribution.

Exhibitors — who had only consented to the shortened release because they felt that Disney’s need to ramp up the film’s DVD debut represented an exceptional circumstance — were stunned, an exhibition executive told TheWrap.

"Alice" is an example of ongoing efforts by distributors to bolster the sagging DVD sales and rental markets by experimenting with shorter theatrical releases for high-profile films.

Disney wants to release "Alice" on DVD just three months after its March 5 debut, a month ahead of the standard four-month window. By doing that, the studio ensures that "Alice" will hit retailers at the beginning of June and not July, when the company feared a worldwide roll out would be dwarfed by the mania surrounding the month-long World Cup.

And Warner Bros. is hoping to shorten the window for its animated "Guardians of Ga’hoole."

Though Warner insists nothing is definite yet, it wants to have "Guardians" in theaters for only 86 days, starting on Sept. 24. It would thus be able to get the DVD in stores in time for the holiday season — a rare boom time for the beleaguered home entertainment market.

Some theater owners have balked at the idea of seeing their own profits take a hit so studios can move a few more Blu-rays. But recent negotiations between exhibitors and Disney and Warner Bros. show an effort on the part of both sides to show flexibility.

The two studios are being allowed to shave weeks from their release in exchange for having the two family friendly, 3D tentpoles hit multiplexes in the spring and early fall — traditionally a barren season for blockbusters.

Going forward, exhibitors say they are amenable to such arrangements — provided they be reserved for only one to two releases per studio every year.

Theater owners insist they recognize that DVD’s decline has changed the financial picture for studios and that studios may need to speed up home-video release dates or experiment with other tactics such as premiering certain films simultaneously on video on demand.

To give a sense of just how bleak things are for studios, last year DVD sales dropped 13 percent year-over-year to $8.73 billion, down from $10.06 billion in 2008, according to Adams Media Research, and the downward trend shows no sign of abating.

The move to find some common ground was initiated between the two camps after many exhibitors publicly groused about Paramount and Sony’s decisions to limit the theatrical runs of "G.I. Joe" and "Cloudy with a Chance of Meatballs" respectively.

Yet the detente was almost jeopardized by Iger’s recent comments — though Chapek’s clarification appeared to placate national distributors.

Internationally, however, Disney may have to smooth more ruffled feathers. Upset by the studio’s move to rein in the theatrical release window on "Alice," many of the United Kingdom’s major theater chains, including Odeon, Vue and Cineworld announced Friday that they may consider a boycott of the film.

As they represent 95 percent of the country’s 3D screens, it possible that they pose a bigger challenge to would-be blockbuster’s profitability than the World Cup.