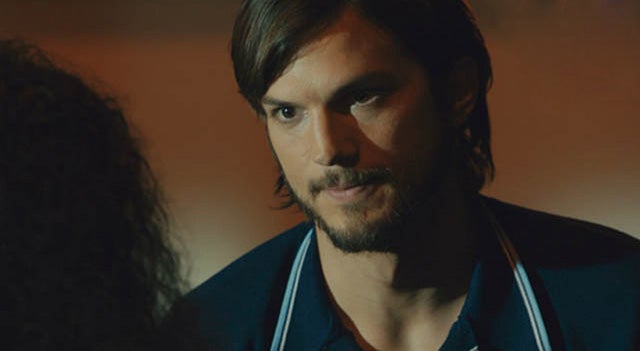 "Jobs,” the biographical film starring Ashton Kutcher as the iconic Apple Inc. founder, couldn't boot up at the box office.

It brought in just $6.7 million, one of Kutcher's worst openings ever. You have to go all the way back to his 2003 comedy "My Boss's Daughter,” which brought in $4.8 million, to find a similar box-office slip-up for the star.

His recent outings "No Strings Attached” and "What Happens in Vegas” both opened at around $20 million, but those were comedies, and that may have been part of the problem for the drama "Jobs."

"It's a very rare thing for any actor to jump the line between comedy and drama, as there are very few that are convincing at both,” Exhibitor Relations vice-president and senior analysts Jeff Bock told TheWrap. "While Kutcher does have chops in both arenas, it was very doubtful that audiences would accept him in this role.”

Bock thought "Jobs,” which was written by Matt Whitely and directed by Joshua Michael Stern, may have been hurt by some of Kutcher's high-profile TV roles.

"It's not fair, but I think there are people out there who still think of him as that dopey guy from ‘That ’70s Show.'” Kutcher played on that from 1998 to 2006 and is currently appearing in the sitcom "Two and Half Men” on CBS.

Kutcher seemed ideal for the role in "Jobs” in some ways. He looks a lot like the real Jobs, and he's known for tech savvy. He was front and center in the marketing of the film, particularly with Silicon Valley types. The trailer for the film was the first to debut on Instagram.

But bad reviews didn't help – it had a lousy 25 percent positive on review aggregation site Rotten Tomatoes – and normally high-grading audiences didn't like it much better, giving it a "B-" CinemaScore.

That's not good news for playability, particularly with older audiences, and the "Jobs” crowd was nearly 60 percent over the age of 25.

Real-life Apple pioneer Steve Wozniak may have done some damage with his blog post on Gizmodo, too.

H said he thought the biggest problem with the movie was Kutcher's take on the iconic entrepreneur.

"I suspect a lot of what was wrong with the film came from Ashton's own image of Jobs," Wozniak — who is played by Josh Gad in the film — wrote.

He didn't elaborate on what exactly Kutcher did wrong in the film, but he does mention "wrong statements" the actor made while promoting the film.

"Ashton made some disingenuous and wrong statements about me recently (including my supposedly having said that the 'movie' was bad, which was probably Ashton believing pop press headlines) and that I didn't like the movie because I'm paid to consult on another one," Wozniak wrote.

"These are examples of Ashton still being in character. Either film would have paid me to consult, but the 'Jobs' one already had a script written. I can't take that creative leadership from someone else. And I was turned off by the 'Jobs' script. But I still hoped for a great movie."

Wozniak was referring to a project in the works at Sony, for which writer Aaron Sorkin is adapting Walter Isaacson's bio on Jobs. Not date has been set for the release of that film.

The Open Road release "Jobs" was produced for about $15 million and financed by Five Star Films, with Endgame Entertainment partnering on the marketing.