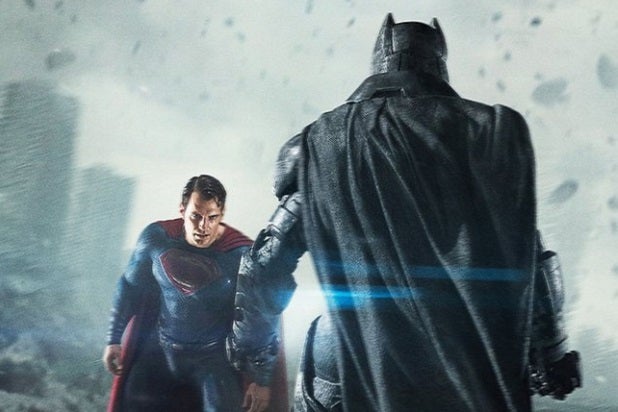 Warner Bros. and the team behind “Batman v Superman: Dawn of Justice” haven’t explicitly said why the superhero mashup didn’t include some kind of post-credits scene or tease for upcoming DC Extended Universe films like “Suicide Squad” or “Wonder Woman.” But given past comments by Zack Snyder and Christopher Nolan, we can guess why the film didn’t have any extra content to offer after the credits rolled.

WB and company want to separate the DC movie brand from the Marvel Cinematic Universe. That Marvel is well known for its post-credit stingers, it’s only natural that DC and WB would skip doing them.

In a 2014 interview with The Guardian, “Batman v Superman” and “Man of Steel” director Zack Snyder said Warner Bros. executives asked him and producer Christopher Nolan (who directed the three Christian Bale “Batman” films) if “Man of Steel” would have a jokey post-credits stinger like Marvel films including the “The Avengers”

According to Snyder, Nolan replied with an emphatic negative: “A real movie wouldn’t do that.”

Nolan would later contest that quote, saying he wasn’t quite so flippant. The actual comment, according to Nolan: “We shouldn’t be chasing other movies, but stay true to the tone of ‘Man of Steel.'”

As WB and Snyder ramped up plans for a greater cinematic universe, the Hollywood version of the rivalry between the DC and Marvel brands crystallized. Responding to Steven Spielberg‘s comments in September 2015 that superhero movies would eventually fade the same way Westerns did after they flooded the screen in the mid-20th century, Snyder threw some serious shade at Marvel in comparing what he was doing with the recently released “Ant-Man.”

“I feel like Batman and Superman are transcendent of superhero movies in a way, because they’re Batman and Superman,” Snyder told The Daily Beast. “They’re not just, like, the flavour of the week ‘Ant-Man’ — not to be mean, but whatever it is. What is the next Blank-Man?”

Snyder also noted in that same interview that even though Nolan is no longer directly involved in the DC Extended Universe (though he does have a producer credit on “Batman v Superman”), Snyder’s team is trying to follow in his footsteps and, well, do what he would have done.

“The credit goes to Chris Nolan because he set the die for the DC Universe in a great way that I tried to emulate,” Snyder said. “I look at it as more being mythological than, say, bubblegum. And I think that that’s appropriate for Batman and Superman because they’re the most mythological of our superheroes.”

So as far as we can tell, there’s no post-credits stinger of any kind because it’s another way to distinguish the DC universe from the Marvel one. It appears to be brand posturing.

However, the sort of content you might expect from a post-credits stinger can be found in “Batman v Superman,” when Diana Prince looks through Lex’s files on metahumans. The files include videos of characters who will fill out the Justice League in future films: The Flash, Aquaman and Cyborg.