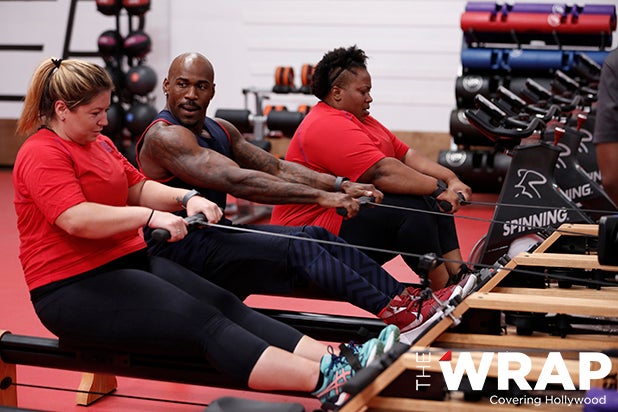 “The Biggest Loser” is notorious for having former contestants gain back much of the weight they lose on the show, but a new study says that might be more attributable to biology than anything else.

The study, published Monday in the scientific journal Obesity, was conducted by Dr. Kevin Hall, an expert on metabolism with the National Institutes of Health, and examined former “Biggest Loser” contestants to gain insight into why drastic weight loss so often doesn’t stick.

According to the New York Times, it comes down to more than lifestyle and willpower. The contestant’s biology is fighting to put the weight back on.

“What shocked the researchers was what happened next: As the years went by and the numbers on the scale climbed, the contestants’ metabolisms did not recover. They became even slower, and the pounds kept piling on. It was as if their bodies were intensifying their effort to pull the contestants back to their original weight,” the Times wrote.

The show decelerates the contestants’ resting metabolisms, which never return to normal, according to the study. As a result, their bodies are unable to maintain their smaller size without consuming far fewer calories than the average person. The contestants also had lower levels of the hunger-controlling hormone leptin at the end of the show, numbers that never fully go back to what they once were.

Also Read: Alison Sweeney Quits as Host of 'The Biggest Loser' After 13 Seasons

“The key point is that you can be on TV, you can lose enormous amounts of weight, you can go on for six years, but you can’t get away from a basic biological reality,” said Dr. Michael Schwartz, a University of Washington professor who was not involved in the study. “As long as you are below your initial weight, your body is going to try to get you back.”

The show’s doctor Robert Huizenga told the Times that the show needs to work to better support the contestants beyond the finale, as many of them don’t have the means to maintain the lifestyle necessary to keep off the weight. But Hall’s study shows that might not be enough.

“All my friends were drinking beer and not gaining massive amounts of weight,” Season 8 winner Danny Cahill said. “The moment I started drinking beer, there goes another 20 pounds. I said, ‘This is not right. Something is wrong with my body.'”

Cahill has gained back more than 100 of the 239 pounds he lost during the show, but he says the results of the study have relieved him of some of the guilt he once felt.

“The shame that was on my shoulders went off,” Cahill said.