Undoubtedly, composer Marc Shaiman has had a hand in something in pop culture that you love dearly. “The American President,” “Hairspray,” “Smash,” “South Park: Bigger, Longer & Uncut,” “Sister Act,” “The First Wives Club,” “Beaches,” the list goes on and on — and in every medium to boot. He needs one Oscar to go EGOT (get on it, Academy!), and is the go-to when you need some tuneful punch-up on awards ceremonies, anniversary shows and late-night mainstays. But even he gets surprised by some of the attention he gets.

Case in point: Shaiman was tapped to write a funny, highly meta credits song for “Soundtrack of Our Lives,” a limited-time-only June 2020 YouTube benefit for MusicCares’ Covid-19 relief fund. It was simply called “The End Titles,” and he not only wrote it, but sang it as well, super-imposed over an insanely starry mega-roll while posing queries such as “What is a best boy? Isn’t there a best girl?” and inquiring (quite astutely) on why orchestras rarely get prominence in the final scroll. It resulted in an Emmy nomination for Outstanding Music and Lyrics, something pitched for eligibility for by the composer/singer directly within the song. Shaiman chatted with TheWrap about how the strategy worked, and how he sees the recognition as an unmistakable sign of affection.

Can you tell me a little bit about the genesis of “The End Titles”?

[Director] Richard Kraft, who is my agent and my friend for like, 6000 decades, wrote me about this project that he was creating to help raise money for MusicCares. He just said, ‘Oh, you know, we’d love a song to talk about all the crazy, silly things one thinks about end titles, if one thinks about end titles at all. I’m Mr. Songs Must Rhyme in the Great Tradition of the American Theatre. And when I’m working on a musical, I do follow that very strictly. But this was more just stream of consciousness. 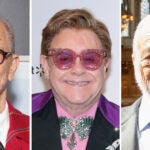 Did you always know you were going to sing the song as well?

I thought, “Oh, we should really get some ‘Rock of Ages’/Journey-like style vocalists,” but I put it across, and I guess the charm of it all is me singing it in my fashion. I have finally reached the age where I can accept other people doing work that I usually do by myself like arrangement, so Richard has his friend Adam Gubman arrange it and he did such a phenomenal job. I was, like, you know what, just writing the song and singing it is enough.

The Music and Lyrics Emmy category is pretty cool this year, a lot of different styles and talent.

Absolutely. The Bo Burnham [“Inside”], that whole special was so f—ing brilliant. I don’t know how they chose just the one song, because all the songs are so brilliant. And the Lopezes had this zeitgeist moment of writing a whole bunch of theme songs, and to have the finale be that “Munsters”-type song was great. 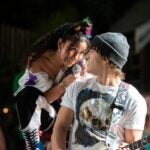 Also Read:
The Secret to Writing Songs for TV From Veterans of ‘Empire,’ ‘Smash’ and ‘Julie and The Phantoms’

When you were doing “Smash” almost 10 years ago, you were one of the few things around on TV musically and now it’s everywhere. Do you see the musical trend now on television as one that’s here to stay?

The movie “Chicago” and even the “South Park” movie I worked on seemed to be when musicals started just being accepted again. In the 1980s, when “Saturday Night Live” hired me, the writers didn’t quite know what to do with me, I was, like, the gay guy down the hall. Luckily, Jan Hooks and Nora Dunn knocked on my door and had this idea for a duo called the Sweeney Sisters. But now I watch “SNL” and it’s all musical numbers on every show and in every monologue! And I’m, like, it wasn’t like this when I was there!

How does it feel to have this nomination for a project not many people were able to see?

I’ve never understood the concept of not taking things personally, but when there’s a good thing, I really felt like it was, to quote Sally Field, “Well, you like me!” It felt like a personal tip of the hat. Basically saying, “We know what you do. And this nomination is not just for this one song, but for the fact that you’re still here doing it.” And I have a sense of humor about it all. I just took it very personally in a very nice way. I was really touched.