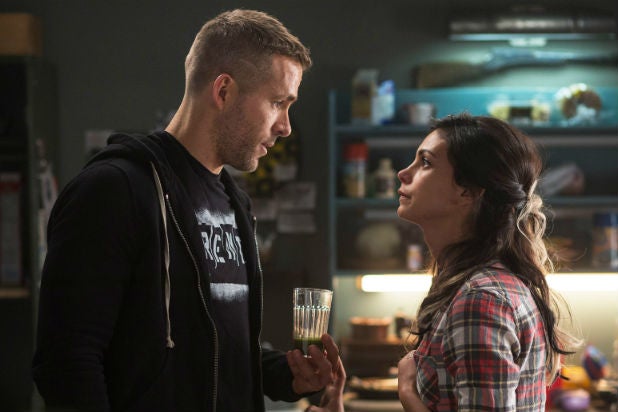 Ryan Reynolds‘ antihero in “Deadpool” isn’t the only character in the new film who kills comic book stereotypes: Morena Baccarin‘s Vanessa is a prostitute, strip-club waitress, and different kind of subversive hero.

Baccarin, star of “Gotham” and earlier seasons of “Homeland,” is Deadpool’s partner in a surprisingly tender love story, playing a sex worker who isn’t a broken woman.

Also Read: Critics Love 'Deadpool': 7 Reasons They Think You Should See It

“It’s something you don’t see. She’s not a victim, she’s a survivor,” Baccarin told TheWrap.

Reynolds picks up Vanessa in a bar and pays her handsomely for less than an hour of her time. (No spoilers, but they spend it doing something highly unconventional.)

“It was all on the page from the beginning,” she said, crediting screenwriter-producers Rhett Reese and Paul Wernick. “They wrote her as irreverent and strong, and it was important that whoever played her knew she was not shy or ashamed.”

The actress knew from the audition phases that the only way to get the job was to embody Vanessa in the room.

“I think I scared them a little bit. I came in and sat on Ryan’s lap,” she said of her first reading. “I did the things you have to do to be this person.”

Reese and Wernick said the character has a vague origin story in the original comics, but always intended her to be more than arm candy for Deadpool. The assassin, aka Wade Wilson, loses his considerable good looks after a series of experiments turn him into, as he puts it, “a butterface.”

“This movie is many things –it’s fucked up drama, it’s an action movie but it also is a romantic comedy. These are two lost souls who find each other and complete each other,” Wernick said.

“We wanted to make her his equal both in her wit and her subversiveness. I think we were always aware of making sure she could give as well as she took from him,” Reese added. “He needed a romantic foil who was just as tough and hard-edged as him.”