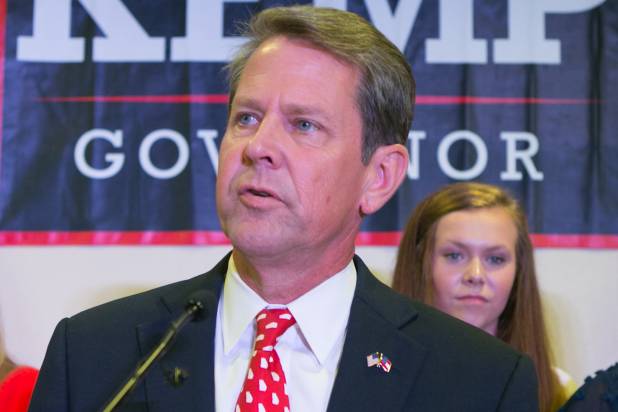 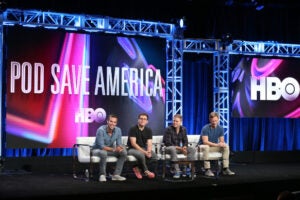 How Podcast Producers Are Coping With Remote Broadcasting

While Georgia Gov. Brian Kemp has given the green light to begin reopening movie theaters and other businesses next week, most cinemas in the state are taking a wait-and-see approach driven by practical, social and economic challenges in the aftermath of the coronavirus shutdown.

Cinemark, which has two Georgia multiplexes, is continuing with plans to reopen nationwide in July; AMC Theaters, which has 34 multiplexes in Georgia, did not respond to requests for comment.

The fear of infection could keep audiences away for some time — as will the lack of new movies to screen. Hollywood studios have postponed all movie releases through the end of June at least. Independently owned theaters that are seriously strapped for cash may try to screen classic films — IFC Films is offering its catalog to indie theaters without rental fees — but many chains have indicated they will likely continue to ride out the lockdown.

“Until the majority of markets in the U.S. are open, and major markets in particular, new wide release movies are unlikely to be available,” the National Association of Theatre Owners said in a statement on Wednesday. “As a result, some theaters in some areas that are authorized to open may be able economically to reopen with repertory product;  however, many theaters will not be able to feasibly open.”

Social distancing protocols could also stop theaters from being able to operate on a profitable level. Kemp’s reopening of Georgia’s economy is being done under the first phase of the Trump Administration’s three-step plan to reopen the economy nationwide, which advises individuals to avoid mass gatherings of more than 10 people.

That restriction forced movie theaters nationwide to close last month after it was first implemented by the Center for Disease Control because the cost of keeping theaters open to such small audiences proved prohibitive. Kemp has not yet provided specifics on what sort of social distancing protocols Georgia businesses would have to adhere to if they reopen.

When the White House rolled out its three-phase plan last week, several movie theater execs and owners told TheWrap that most theaters will likely have to wait until the second phase of the plan to reopen. The second phase loosens the individual advisory against mass gatherings to those of more than 50 people.

And even if some smaller cinemas managed to reopen, few see the state as a bellwether for how the exhibition industry will be able to operate in a post-lockdown world.

“While we view it as a positive that state governors are attempting to restart the nation’s economy, we stress that the reopening of theaters in Georgia under strict social distancing protocols and with library movie content will not provide a reasonable litmus test of moviegoing demand as the exhibition industry looks to restart,” B. Riley financial analyst Eric Wold wrote on Tuesday.

Prior to the closures, theater chains like AMC had attempted to continue operating under social distancing protocols that allowed screenings to adhere to CDC advisories, and those protocols could be used again nationwide when that second phase comes. This includes a strict cap on the number of tickets sold for each screening, gaps of seats or even entire rows left vacant to allow distance between moviegoers, and deep cleaning of all auditoriums after each screening.

But even implementing those protocols, which are still being discussed by theater owners, leads to another hurdle theaters have to face: employee retraining. Theaters nationwide have been forced to furlough or lay off hundreds of thousands of employees to cut costs and avoid bankruptcy while they remain closed.

Even if those furloughed employees are able to come back to work, execs say they will still have to be trained on the new protocols to ensure that the virus does not spread on the premises.

Meanwhile, the fear of a new wave of COVID-19 infections because of Kemp’s reopening is still prevalent among many local leaders in Georgia despite Kemp’s reassurance that the state is ready to reopen. Albany Mayor Bo Dorough told CNN on Tuesday that Kemp made the “wrong decision,” warning that many businesses are either unprepared or unable to adhere to social distancing protocol. He also noted that the rate of infection is not evenly spread throughout the state, and that some counties like his are still seeing confirmed cases rise.

“Here in Albany we were already consumed by the virus when we realized what the problem was. We’re rapidly approaching and probably will exceed this week 100 deaths in our county, and the surrounding counties the total is over 60. So we understand how bad this virus can be,” Dorough said. “Unfortunately, many areas of the state which have only a handful of infections are, I believe, too anxious to return to normalcy because they have not yet born the brunt of this pandemic.”