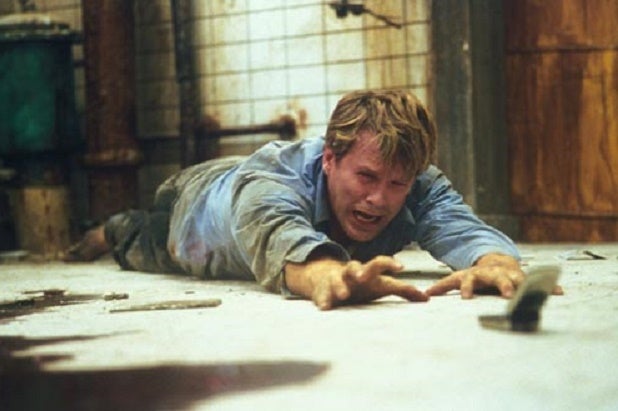 Kids don’t trick-or-treat like they used to. And going to the movies to get scared witless on the year’s creepiest holiday is also fading.

That’s a major turnaround from the not-so-distant past when “Paranormal Activity” and before that the “Saw” franchises dominated the holiday at the box office for nearly a decade. It’s not that horror movies’ popularity is fading. In fact, it’s just the opposite: so many scary movies have found box-office success outside of the end October that Halloween has become an afterthought.

“Horror movies have the ability to scare the cash out of audiences no matter what the calendar says, be it the holidays — ‘The Exorcist’ was originally released at Christmas in 1973 — the first quarter, summer, fall or winter,” Rentrak senior media analyst Paul Dergarabedian told TheWrap.

This year in fact, the holiday is for most studios something to work around. Halloween falls on Friday, and that’s going to cut into the box office, with many potential moviegoers getting their ghoul on at parties rather than hitting the multiplexes.

Not everyone is forsaking All Souls weekend. Lionsgate is rolling out the original “Saw” movie in more than 1,850 theaters to mark the 10th anniversary of its release. “Horns,” the creepy Daniel Radcliffe-Juno Temple fantasy, will be in limited release via TWC’s Radius. And Magnolia Pictures is rolling out “The ABCs of Death 2” as well.

But no one is expecting “Paranormal”-sized grosses this weekend.

Universal’s teen-targeting board game creeper “Ouija” will still be in roughly 2,800 theaters. It opened at No. 1 last weekend with $20 million, which is pretty good considering that it cost less than $5 million to make. But it’s not in the league of some of the biggest Halloween horror hits, and will likely wind up with around $10 million this weekend.

The three “Paranormal Activity” movies between 2010-12 debuted to an average of more than $35 million. Last year, the first in a decade without a “Saw” or “Paranormal” movie, Sony went after the candy corn crowd with its remake of “Carrie,” but it opened in third place with a soft $16 million.

Halloween horror movies are at least in part a victim of the genre’s recent year-round success.

Warner Bros. opened “The Conjuring” to nearly $42 million in July of last year, and it went on to take in more than $318 million globally. And the studio chose early October rather than the holiday to launch that film’s demon doll spin-off “Annabelle” this year, and that decision paid off in a $37 million debut.