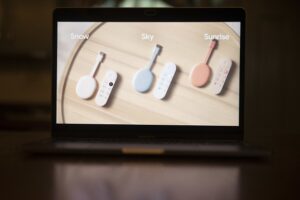 Battle of the Streaming Devices: Can Google’s Revamped Chromecast Catch Up to Roku and Amazon Fire?

”These insurance policies will not provide any budgetary relief for work stoppage, related to COVID-19 issues, in the near future,“ Brian Kingman from Gallagher Entertainment says

Six months into the coronavirus pandemic, many Hollywood companies still can’t head back into production on film and TV projects because of one major roadblock: Insurers have made no moves to incorporate pandemic coverage into policies, leaving big studios to self-insure and smaller production companies to seek pricey alternatives — or gamble on shooting without any coverage at all.

Productions that bought policies before March are largely safe, as multiple insiders tell TheWrap that most policies procured before the pandemic shutdown did not have COVID-19 or infectious disease exclusions, and cast insurance and civil authority policies cover expenses incurred due to the coronavirus. However, any policy written since March now has a “platter of exclusions” as insurers seek to mitigate potential losses, according to Brian Kingman, managing director at Gallagher Entertainment, who helps find coverage for Hollywood’s stars. Plus, no major insurance carriers will offer COVID-related coverage moving forward.

“In the past, most, if not all, specialty insurance products related to film, TV and live events did not have written COVID-19 exclusions, so many of the productions that are being rebooted should have some level of coverage on a moving forward basis, yet the unfortunate news for new productions or any policies that will renew post mid-March will have these exclusions,” Kingman told TheWrap. “So these insurance policies will not provide any budgetary relief for work stoppage related to COVID-19 issues in the near future.”

And with cost of pandemic-era production rising because of new safety protocols, few production companies have the resources to go it alone without any insurance coverage at all.

“The big studios are going to become the big boys,” Joe Addison, managing director at Marsh, an insurance broker and risk advisory firm, said. “It’s becoming a risk management game instead of an insurance game.”

That’s particularly true since the productions that have resumed or started shooting in the last few months have been a mixed bag in terms of COVID-related shutdowns. While Tyler Perry managed to shoot full seasons of four different shows over two months by quarantining cast and crew at his Atlanta studio, Warner Bros. had to shut down “The Batman” for two weeks after star Robert Pattinson tested positive on Sept. 3. And Universal’s “Jurassic World: Dominion” also halted production this month after positive tests on the crew.

That leaves new productions at a standstill. “Until the carriers determine what their liability is for this pandemic and any second wave, there’s a freeze on providing anything close to what has been provided in the past for COVID-related issues,” Kingman said.

Still, there are ways to insure your production with COVID-19 inclusions — just expect much higher premiums and deductibles.

“To go out and buy COVID coverage now, the rate is 8 to 10% in premiums of the limit that you buy,” Jellen explained. “So if you’re making a $20 million movie, you’d be paying $1.6 million to $2 million in COVID coverage. Independent production is going to have a lot of trouble with that.” Previously, Jellen said, the cost of production portfolio insurance runs from 0.75% to 1%, so on a $20 million movie, it would cost the production just $200,000 in premiums.

Additionally, Kingman said, two firms are offering production coverage right now — SpottedRisk and EliteRisk — with a deductible that amounts to 1% of the total production budget. Typically, deductibles ranged from $25,000 to $50,000 on a $20 million movie, Jellen said, but for COVID coverage the deductible runs as high as $500,000 on a similar film — and insurers are no longer offering a flat limit but asking for a percentage of the overall budget.

Jeff Kleid, founder of EliteRisk, said his company is merely protecting itself by not covering the full limits of production or the talent if an actor gets sick. Also, they are not covering the costs for COVID testing. “Our pricing is higher, but it’s not really higher because there is no lower,” he said. “It’s all relative. We’re just realists.”

And the services, however expensive, seem to be in demand. SpottedRisk has written four policies for productions with budgets between $8 million and $40 million to date, with a deductible of 1%, according to CEO Janet Comenos. SpottedRisk covers the full budget of the production (up to $50 million) and the policies cover death, crew sickness and death, and civil authority shutdowns.

Another option for some producers are buyback policies. “It basically allows production companies to buy back past coverage as a standalone option to the exclusion that are not found in policies,” said Dominique Butler, assistant VP of entertainment at leading insurance broker firm NFP. “Premium wise, it’s not cheap, it’s not for everyone — at least it’s an option to buy back some of that coverage so we can create new content.”

Whereas premiums previously cost 1-2% of the production budget, buybacks average about 10% of the overall limit.

“It’s not an easy pill to swallow, but we’ve looked at ways of bundling it or spreading it out over several projects that are shooting within six to 12 months,” Butler said. “We have been trying to be as creative as to what’s available.”

For many productions, especially independent filmmakers, those rates are much too high. Big studios, streamers and mini-majors increasingly have been self-insuring in recent years and may decide to take on the risk themselves — but that’s not an option for indie production companies, who need insurance to secure financing or bonds but will struggle to pay such high premiums.

But some are willing to take a risk by shooting without full coverage — as the producers of the horror film “The Knocking” did on a shoot that wrapped last month in Los Angeles.

“We talked to multiple insurance companies and none of them had any policy they could offer us during that time,” Maurice Fadida, one of the film’s producers, told TheWrap. “What I found surprising is that they actually increased the regular premium for policies and also added a clause that stated that no COVID-related incidents would be covered.”

Fadida added: “On ‘The Knocking’, we had to assume responsibility for all costs that resulted from COVID-related incidents and shutdowns. As a producer, you sometimes have to take risks and we all decided that this was a risk worth taking because we have our own crew, we were going to adhere to all the strict state and union rules, and minimize personal exposure risk to a minimum. We also negotiated with different vendors and locations that, in the event of a shutdown, will let us use equipment or come to shoot locations again for the same price or heavily discounted.”

Insurers’ caution is understandable as the industry continues to reel from losses incurred as soon as the pandemic hit. Kingman said his company saw 100 to 200 claims from film and TV productions, while Bob Jellen, managing director at HUB International, said his company is handling $700 million in COVID-19 claims just from film and TV production. The insurance industry is looking at losses in the billions in the Hollywood and live events space, which is why many of these carriers are reluctant to write any new policies.

“They are uncertain as to what their exact liability will be for this pandemic. The fog hasn’t cleared, and the insurance companies are telling the industry that they don’t know what their maximum payout is going to be for the pandemic, so until they are comfortable with what they’ll owe for the claims, they won’t be able to discern what they will do on a go-forward basis,” Kingman explained. “All these carriers providing these products have or will pay out in excess of a minimum of a billion dollars in claims.”

Addison added: “The market got surprised by how this thing rapidly spread. That’s why it was never excluded before. Carriers had dealt with localized epidemics, but not global pandemics.”

Jellen said that Allianz is the only major insurance carrier left that has the capacity and appetite to insure a large-budget film. A spokesperson for Allianz did not respond to TheWrap’s request for comment.

If productions can’t self-insure, take a risk or afford the high premiums on COVID-19 coverages, they can wait for a federal bailout that has been raised to Congress. However, not much progress has been made.

In May, U.S. Rep. Carolyn Maloney (D-California) introduced a coronavirus insurance backstop bill, the Pandemic Risk Insurance Act (PRIA), to offer insurance protection for future productions. Under the proposal, the government would assume 95% of coronavirus-related losses up to $750 billion with insurers picking up the other 5%.

But the legislation has gotten little traction so far. “As of right now, it’s not a go,” Butler said, adding that the legislation would only cover new policies and wouldn’t take effect until 2021. “As far as an immediate solution to the problem, it is limited to the couple of options we have for the pandemic buyback coverage,” she said.

And without some kind of federal backstop, Addison said, “there is a very high likelihood that COVID coverage will be unavailable in the marketplace.”