Based on early reactions to the new “Jack Reacher” Amazon series, fans seem to think Alan Ritchson is a much better fit to play Lee Child’s Army veteran hero than Tom Cruise — and Child thinks he knows why.

“There was criticism from the book fans, because they had built up a very clear image of what Reacher should look like,” Child said in an interview with Metro.

Cruise played Reacher in a pair of films based on the “Jack Reacher” novels in 2012 and 2016. Though Cruise has more than proven he’s a bonafide action star thanks to the “Mission: Impossible” films, the “Reacher” novels describe the character as “extremely tall, extremely broad, long-armed and long-legged.” Cruise, despite his willingness to do any kind of crazy stunt for his work, is just 5 feet 7 inches tall. 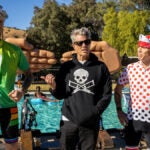 By comparison, Ritchson, who played Aquaman on “Smallville,” is 6 feet 2 inches tall and is much closer to the imposing description of Reacher in the books. Child said that when casting began for the eight-episode Amazon series, which is a more faithful adaptation of the first “Reacher” novel “Killing Floor,” he and the show’s producers looked for someone larger than Cruise.

“It just became a different proposition and I guess the opportunity of thinking alright, we can get a much bigger guy so the book fans are going to be happy, but we’re also focusing on the non-book readers. What do they need? They need just great entertainment, they don’t have the reference already, and so we also had to satisfy them,” he explained to Metro. 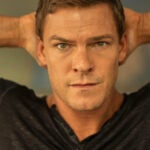 For what it’s worth, Child noted that moviegoers who went to go see the “Jack Reacher” films without reading the books beforehand enjoyed Cruise’s performance, and in his own interview with Metro, Ritchson had high praise for Cruise.

“If I was ever so lucky to get a stamp of approval from him I could die happy. I’d probably quit while I was ahead. I think one season’s enough if I heard that from him. He’s a legend, I should be so lucky,” the actor said humbly.

“Reacher” is now available to stream on Amazon Prime