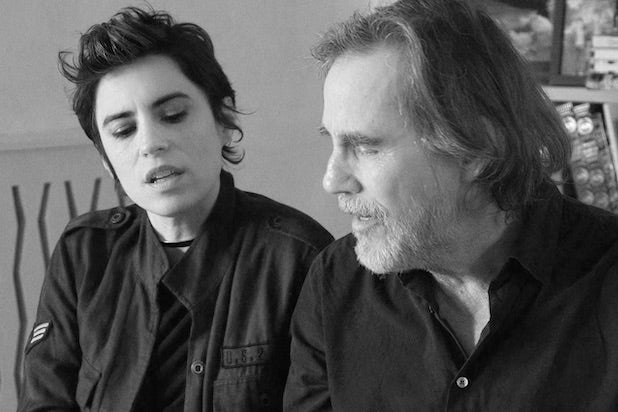 A version of this story about Jackson Browne and “5B” first appeared in The Race Begins issue of TheWrap’s Oscar magazine.

Originally, veteran singer-songwriter Jackson Browne turned down the idea of writing a song for “5B,” the documentary by Paul Haggis and Dan Krauss about the nurses and doctors who served in the first AIDS ward in San Francisco in the 1980s.

“I initially said I didn’t have the time to do this, and normally I don’t willingly sign on to something like this,” he said. “I’ve written songs for movies before, and it can be a very long process for me to get something I like. So I pretty much said no, and he said, ‘Well, I’ll be hoping your time opens up. You’re still my first choice.”

But Browne found the film very moving — “it fills in so much about our humanity, about each other’s humanity and about the fear that drives the controversy” — and Haggis got around his worries about time when he came back with a demo of a song written by Leslie Mendelson and Steve McEwan and sung by Mendelson. “I liked what I heard, but felt I could add something to it,” Browne said. “So I did. I found it easier than I thought.”

Throughout his lengthy career, Browne has rarely written with others, and he’s rarely written quickly. “I’m somebody who takes forever, arguing with myself over whether to use this word or that word,” he said. “But this happened really quick, in an hour session together. It was fun to have somebody to talk to, to argue back or to give you feedback.”

Browne was always conscious of the purpose the somber and beautiful duet would be serving in 5B. “It’s somewhat daunting, to write a song for the end credits of a movie,” he said. “It can’t be a recap of what you’ve seen. It can’t be redundant.”

But he found that the song, a somber ballad sung as a duet between Mendelson and Browne, resonated with the movie while also working beyond the film. “It has to be about people and it has to travel outside the film,” he said of the song. “I think some of the lines that I added were really not about the film – they were about me, about my own feeling for someone else.

“Steve and Leslie steered me away from any kind of polemic, anything that seemed vaguely like a tract. I added some stuff that made it really about the relationship between two people.”

And in the end, he said, he was both surprised by how quickly the song was written and touched by what the process came up with. “I love the line, ‘I say it’s how we’re made,’ which I think really speaks to the whole debate about sexuality,” he said. “And the words ‘Sometimes all anybody needs is a human touch’ are so universal and so true.”