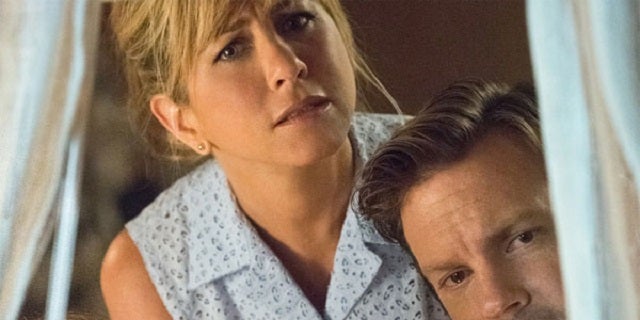 "Elysium” came out on top of the four-way scrum that was the weekend box office race, but the movie in the best shape going forward is the Jennifer Aniston-Jason Sudeikis pot comedy "We’re the Millers.”

The Matt Damon-Jodie Foster sci-fi adventure finished with $30.5 million for the three days, less than the $35 million analysts had projected and distributor Sony has hoped for on a weekend in which Disney's "Planes" and Fox's "Percy Jackson: Sea of Monsters" also debuted.

The budget realities – "Millers” cost $37 million to produce while Sony paid $115 million for the worldwide rights to "Elysium” – have a lot to do with their future fortunes. Sony will need a strong overseas performance from Neill Blomkamps "District 9” follow-up to recoup its investment, while New Line and Warner Bros. will be counting money over the next few weeks.

The "Millers" opening topped that of two other successful comedies from recent years that opened on Wednesdays in August, "Pineapple Express" and "Tropic of Thunder."  A domestic total somewhere between that of the former ($87 million) and the latter ($110 million) sounds about right.

Also read: Jennifer Aniston: What's Next for the 'We're the Millers' Star?

Several of the factors that made "Millers” click in its first weekend should continue to help it in the weeks ahead. Such as:

>> It had great date: "We’re the Millers” was the first real comedy to hit theaters since "The Heat” – and that was nearly two months ago. Warner Bros.’ decision to open on a Wednesday looks very smart, because it allowed more time for positive word of mouth on the film to spread. It was a gamble. Had audiences agreed with the critics and not given it an "A-” CinemaScore, all that momentum would have gone the other way.

>> It was a great date: "We’re the Millers” drew crowds that were split almost evenly between men and women, and the R-rating assured that the bulk of the crowd – 61 percent – was over 25. It was the only film in the market with that kind of demo and is easily the current movie with the most appeal for women. Conversely, women showed little interest in "Elysium,” which skewed 61 percent male and played younger (just 48 percent over 30) than most R-rated films.

>> It has a clear and basic premise: A story that audiences can immediately grasp – think back to the home invasion storyline of "The Purge” – is an underrated factor when it comes to building mass appeal. Faking a family to smuggle dope into the country isn’t "Inception,” but for most audiences, that’s a good thing and it makes promoting a movie so much simpler.

>> It had marketable star: Not everyone loves her, but Aniston is a bona fide movie star. She’s had her share of box-office misses, but "Millers” shows that with a solid co-star like "SNL”-alum Sudeikis and a reasonably funny script, she will connect. And with the built-in buzz from her high-profile personal life and willingness to get in the promo trenches, few stars can sell a movie like Aniston.