There’s not a day that goes by when clicks don’t register in digital journalists’ minds.

The increasing pressure to produce traffic as much as good journalism isn’t new, but how that is manifesting across platforms is. And Thursday’s front covers of The New York Daily News and The New York Post are examples 1A and 1B.

For either paper, delivering outlandish images and copy isn’t new either, but the covers that splashed graphic images of the moment Vester Flanagan shot and killed WDBJ reporter Alison Parker, 24, and photographer Adam Ward, 27, live on air set off pundits and social media.

The Daily News ran with “Executed Live On TV,” displaying three frames in which Flanagan’s gun is raised, shots are fired and Parker reacts in horror.

The Post went with “TV Murder,” running a single image of Flanagan hoisting his gun at Parker as she interviewed a local Chamber of Commerce official.

The Daily News was “trying to to convey the true scale of what happened in Roanoke … at a time when it is so easy for the public to become inured to such senseless violence,” a spokesperson told The New York Observer.

Or was the paper simply sensationalizing a tragedy?

“Well of course they did,” Al Tompkins, Poynter Institute’s senior faculty for broadcasting and online, told TheWrap. Tompkins conceded there is sometimes justification for using the most graphic images to tell the story.

He pointed to JFK’s assassination, the Rodney King riots, and more recently, a police officer shooting a suspect running away in South Carolina. “The video gives us insight into what happened when the facts are in dispute,” he said. On Sunday, for instance, “60 Minutes” aired extremely graphic images of the Sarin gas attacks in Syria because the images are proof that could otherwise be disputed, Tompkins noted.

“Anybody who uses these graphic images from Virginia at least owes the reader two things: the option not to see them and an explanation for why the publication, station or network thinks they are essential … to the public understanding of the story.” 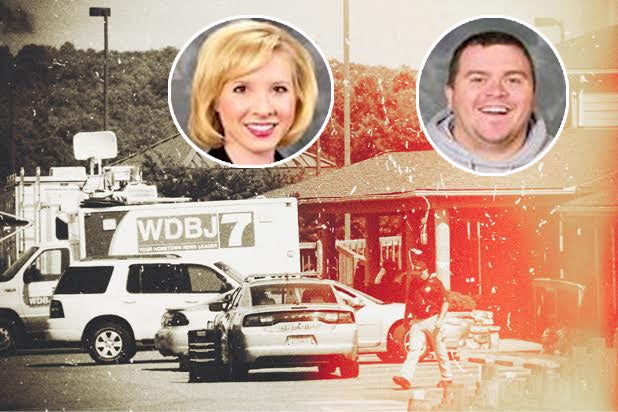 Tompkin’s colleague Rick Edmonds, media business analyst at Poynter, said the covers went over the line, even for the New York tabloids known for doing just that.

“That treatment is pretty distasteful and is extra disturbing because it plays into whatever wish the shooter had to be famous and go out in a blaze of glory,” he told TheWrap. Dwindling newsstand sales are also playing a factor inside the editorial meetings where the decisions on covers like these are made.

“These papers are losing money — they’ve been losing money for quite a long time,” he continued, pointing to the Daily News in particular, whose owner Mort Zuckerman recently took the paper off the market after trying to sell it for months.

The Post has an important place within News Corp and the Murdoch empire that the family “likes to retain and is willing to lose some money on,” Edmonds concluded.

Media consultant Tara Dowdell didn’t mince words: “This was not surprising for the New York Post, whose entire business model is based on sleazy and provocative,” she told TheWrap.

“The problem is there are no real consequences,” she added. “There is typically a temporary social media backlash and then everyone moves on to the next outrage, which for the Post will probably come in a few days.”

And it’s not just newspapers like the Post and Daily News that are increasingly making decisions based on the basis of bottom line — and survival — rather than editorial virtue.

Digital sites are under an ever-intensifying crunch for page views to grow their advertiser and sponsorship bases. As a result, they’re all collectively pushing the limit more than ever. This time, the Post and Daily News pushed too far.

“The facts of the incident are not in question. So the images give us no insight, just emotion,” Tompkins concluded.

The graphic images below 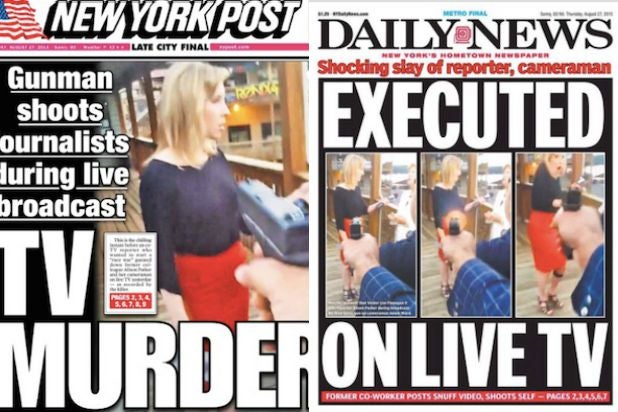