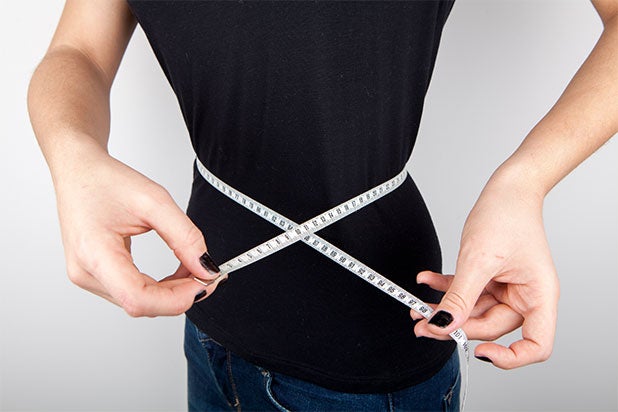 Our last post looked at broadcast networks. Here, we shift our attention to low- and mid-tier cable networks. Consumers who are trying to save money on their cable bills are increasingly moving to “skinny bundles” that have fewer channels. As consumers go on a cable bill diet, they are effectively dropping channels. But while skinny bundles are cheaper for consumers, they will be the death of some cable channels.

For years, consumers have asked, “Why am I paying for so many stations that I never watch?” And for years, cable and satellite companies have ignored these complaints, opting instead to take a one-size-fits-all approach and add more and more channels to the basic cable package. According to research out of UC Berkeley, the average cable bundle doubled in size between 1995 and 2005. A recent study by Nielsen found that the average U.S. household receives almost 190 TV channels — yet watches only 17.

Something had to change. In 2015, something did. At the beginning of the year, so-called virtual multichannel video programming distributors (MVPDs), including Dish Network’s Sling and Sony’s PlayStation Vue, launched. These new products offer consumers a select group of channels delivered over the Internet at a discounted price.

Shortly after Sling and PlayStation Vue launched, Verizon introduced its own offering, go90. Apple, long rumored to be interested in the TV space, is still formulating its plan. 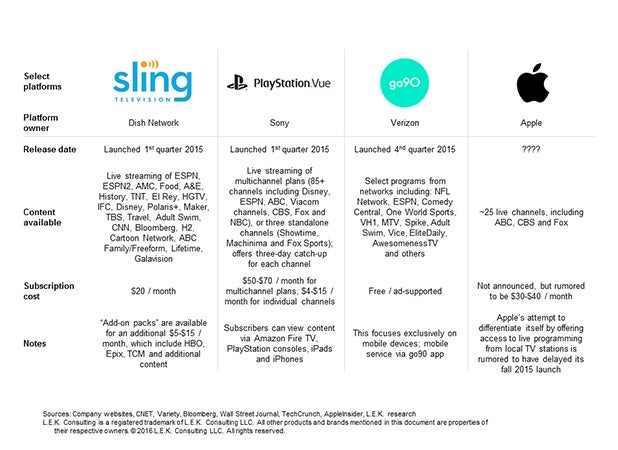 A closer look at these skinny bundles reveals a hard truth: They exclude many of the low- and mid-tier networks, such as Oxygen, BBC America, IFC, Destination America, Nat Geo Wild and WGN America. Gone are the bundles with close to 200 channels and, with them, the carriage deals on which so many cable networks have relied. 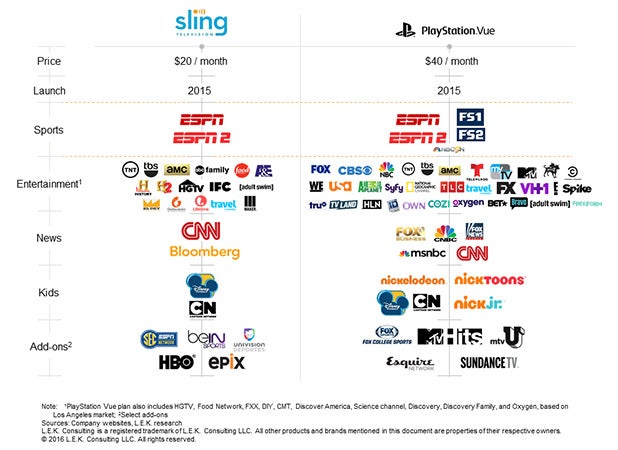 How big an impact these skinny bundles will have on cable networks depends on the extent to which consumers adopt them. L.E.K. Consulting surveyed consumers to determine their interest in skinny bundles and to find out which features, channel combinations and price points appealed most to them.

Based on our proprietary survey, we modeled two plausible scenarios. The first one predicts what will happen over the next four years given expected demographic changes (e.g., more millennials with more buying power) and continued growth of subscription video on demand (SVOD) services like Netflix. The second scenario is more complex and contemplates the extent to which consumers are likely to take advantage of the new virtual MVPD offerings.

In the first scenario, cable and satellite subscriptions drop four percentage points, from 89 percent of households in 2014 to 85 percent in 2019. This scenario implies that carriage fees fall only a little for most cable networks. Seemingly not much to worry about, right?

This scenario is based on consumer research suggesting that almost one in five households could adopt the new virtual MPVD services between 2014 and 2019, leading to a 20-percentage-point drop in cable and satellite households. Such a substantial decline could very well put a number of low- and mid-tier cable networks out of business.

To be clear, this 20-point drop will happen only if providers make great skinny bundle products, price them right and market them heavily. That’s a tall order. But big companies like Sony are continually investing in and improving their products, so the threat is serious.

The chart below shows the current industry split on the left and two 2019 scenarios on the right. 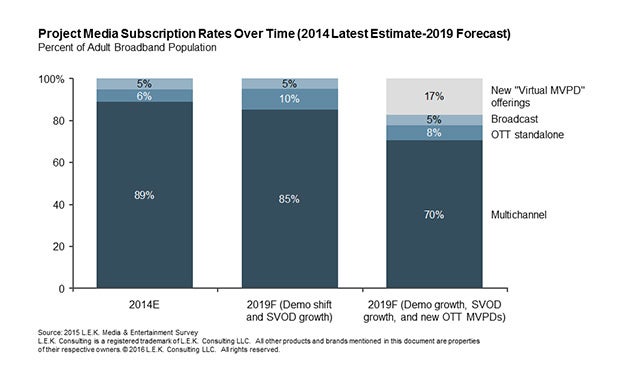 What does all this mean for low- and mid-tier cable networks? At best, the future is uncertain, though losing a small number of subscribers and their associated affiliate fees is likely. Worst-case scenarios show revenue declines so large as to call into question the ability of low- to mid-tier cable networks to remain profitable without making drastic changes.

Next week, we’ll take a closer look at cable and satellite subscriptions to better understand the impact of cord cutting.

This is Part 7 in a series on television trends by Dan Schechter, Gil Moran and Michael Kaufman from L.E.K. Consulting’s Media & Entertainment consulting practice.