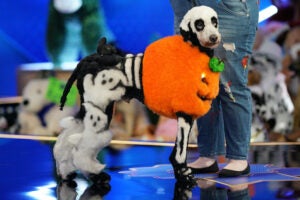 The tourism industry may still be reeling from the coronavirus pandemic, but Sony Pictures is making a big bet on its recovery with plans for a rebranded water park in Thailand and a new push into theme parks and location-based entertainment based on hit films like “Ghostbusters” and “Men in Black.”

Thailand’s tourism industry is still at a standstill as it the country waits to reopen its borders. But Jeffrey Godsick, Sony’s EVP of Global Partnerships and Brand Management and Head of Location Based Entertainment, told TheWrap that the venture announced Tuesday is part of a larger, decade-long campaign to create theme-park attractions as Disney and Universal have done.

The studio, which had announced theme park plans three decades ago, previously partnered on theme park rides at other overseas locations such as Motiongate Dubai and Heide Park in Germany. “In addition to theme parks and several other individual attractions, we’re also working on an indoor entertainment center and several traveling exhibitions based on TV and movie projects,” Godsick said. “This is a 10-year, 20-year plan where you will see Sony expand into many forms of location-based entertainment.” 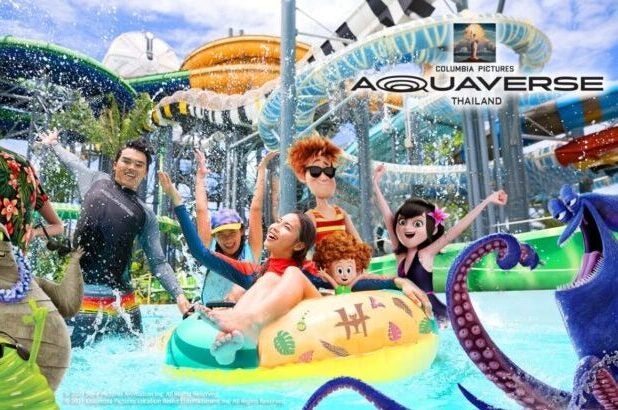 The Thailand park, dubbed Columbia Pictures’ Aquaverse, will feature rides based on hit Sony franchises like “Ghostbusters,” “Hotel Transylvania” and “Men in Black” that reflect the studio’s recent box office successes after reporting a $719 million loss in 2016. Since then, the studio has scored annual domestic box office grosses of over $1 billion from 2017 to 2019.

Even in 2020, just before the COVID-19 pandemic shut the global box office down, the studio struck gold with “Bad Boys for Life,” which grossed $424.5 million worldwide against a $90 million budget. Other hits include two “Jumanji” reboots that yielded over $1.75 billion worldwide and three animated “Hotel Transylvania” films that took home $1.3 billion.

Sony won’t be able to do any rides based on its biggest box office moneymaker, Spider-Man, as Disney controls the theme park branding rights to all Marvel characters. But Gene Del Vecchio, an entertainment marketing consultant and adjunct professor at the USC Marshall School of Business, believes that the Culver City-based studio has had enough success with the IP it does own to try some location-based ventures, with licensing deals being a smart way to start.

“It’s a good way to test the waters with the IP through existing parks rather than trying to spend billions making a new park from scratch,” Del Vecchio said. “And there’s incredible upside from theme parks if Sony builds it properly. If you look at the 2019 finances for Disney and Universal, you can see how much more lucrative the theme park divisions were than the film divisions, even as the films and TV shows are providing the brands the theme parks are built on.”

In 2019, Disney made 37% of the $69.6 billion in revenue from its theme parks, by far the largest share of any division. Of course, that also meant that pandemic closures turned Disneyland and its sister parks into the biggest factor in the company’s 2020 financial woes, with the parks accounting for 93% of Disney’s $7.4 billion in operating income loss last year. Similarly, NBCUniversal got 17% of its $34 billion revenue in 2019 — along with 25% of its operating profit — from its four Universal Studios parks, though the financial hit of its closures was lessened by Universal’s success releasing films as premium on-demand titles as well its status as just a portion of parent company Comcast’s deep portfolio.

Sony seems to be pursuing a model like Warner Bros., which hasn’t owned theme parks since Time Warner sold Six Flags in 1998. The studio continues to license DC and Looney Tunes characters to Six Flags for a fee that changes annually based on park revenue, and it has also licensed the “Harry Potter” films to Universal Studios. Village Roadshow, which has a co-production deal with Warner Bros., also runs Warner Bros.’ Movie World adjacent to its backlot in Queensland, Australia.

With the pandemic expected to subside by next year, Disneyland, Universal Studios and other theme parks are banking on a rapid rebound from travel-hungry tourists looking to get out of the house after spending over a year in lockdown. Even if Thailand isn’t able to reopen its borders by this fall, Godsick said the park’s rebranding and expansion will continue with the expectation that local tourism will reach full strength again in 2022.

Beyond Thailand, Godsick said Sony is in talks with other theme park companies for ventures in various parts of the world, and while his team’s focus is currently on traveling exhibitions and licensing partnerships, he doesn’t rule out the possibility that Sony might open a theme park in the U.S. or Europe with a partner. For now, he said Sony is focused on laying the groundwork for its own expansive parks and experiences portfolio, with the hope that a post-pandemic tourism boom will allow them to hit the ground running.

“It’s not all that different from what we’re seeing at the box office with ‘Godzilla vs. Kong,'” he observed. “People want to get out, and people love the stories that Sony has put on the big screen, so we’re trying to take advantage of both.”