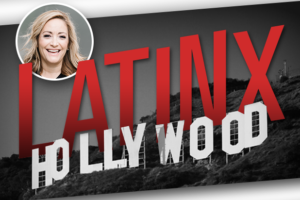 Sundance 2020: By Sunday afternoon, there’s been very little movement on the sales front

We’re four days into the 2020 Sundance Film Festival, and the deals are scarce: Amazon Studios acquired “Herself” late Sunday night and Searchlight was circling an eight-figure acquisition of Rebecca Hall’s psychological thriller “The Night House.” But insiders say the festival this year is moving at a much slower pace than previous years — by the end of the first Sunday of last year’s festival, more than seven films had sold, including pricey deals for “Late Night,” “The Farewell” and “Native Son.”

But sales agents and distributors cite a wide number of reasons for the slow start to this year’s Sundance market. “It’s an exciting time with all the new buyers, but at the same time, you have to be patient, because the pace of the sales has slowed,” one producer, who has a film for sale at the festival, told TheWrap. “A few years ago, it seemed like a lot of titles were gone by the end of opening weekend, but over the last few years, things have taken more time and sales have happened further into and even sometimes weeks after the festival.”

Another insider told TheWrap that some buyers might be taking their time to see what other distributors are doing, and holding off to see everything before writing a massive paycheck for any one specific film. After all, last year, Amazon Studios spent upwards of $60 million on Sundance titles, some of which underwhelmed at the box office, like “Late Night” and “Brittany Runs a Marathon.” (Amazon Studios execs maintains that they measure success by streaming subscribers and not by box office, and that both films were within the top five best performing films on Prime Video of all time.)

“It will be interesting to see how the festival plays out this year — I’m optimistic because at the end of the day with all of these new buyers they do need content and good content will find homes,” the producer added.

An agency source agreed, adding that buyers are being “much more careful” while looking for something to develop or buy.

“Buyers are still making offers, and they’re here to spend money, but they don’t want to overpay,” he said. “They don’t want rush into anything. They’re being much more deliberate about acquisitions.”

Two insiders said Amazon in particular was being quieter this year because the company already has a full slate for 2020. “Blow the Man Down,” “Radioactive” and “Chemical Hearts” are on the release schedule for Amazon Studios, as well as films that currently have a TBD release date, such as “Sound of Metal” (a Sundance acquisition last year), “The Vast of Night” and “Louis Wain.”

“Promising Young Woman,” for example, is already set up at Focus Features, but is one of the most talked-about films in Park City. The indie veteran, now a division of Universal, is also premiering “Never Rarely Sometimes Always,” written and directed by Eliza Hittman.

A lot of films also pre-sold in the days and weeks before the festival even started: “The Father,” starring Anthony Hopkins and Olivia Colman, was acquired by Sony Pictures Classics, Netflix nabbed “Mucho Mucho Amor” and Music Box Films bought Haifaa Al-Mansour’s “The Perfect Candidate.”

Similarly, product didn’t sell quite as fast and for as much money at the Toronto International Film Festival in September as many agents had anticipated, and some films still sold four months later. However, Toronto is known as launchpad for films that already have distribution, so some insiders are questioning whether Sundance, a festival known for discovering the next generation of talent, is heading the same direction.

However, multiple insiders told TheWrap that things might pick up later in the week, and there is some commotion here and there for some of the films that have already premiered, such as “The Glorias,” “Palm Springs,” and “Ironbark.”

“Midweek, there will probably be some things breaking,” the agency source added. “You might see things wrapped up over the next couple weeks and then announced at Berlin.”